The Lieutenant's Bargain by Regina Jennings

The Lieutenant's Bargain by Regina Jennings

Hattie Walker dreams of becoming a painter, while her parents want her to settle down. As a compromise, they give her two months to head to Denver and place her works in an exhibition or give up the dream forever. Her journey is derailed when a gunman attacks her stagecoach, leaving her to be rescued by a group of Arapaho . . . but she's too terrified to recognize them as friendly.
Confirmed bachelor Lieutenant Jack Hennessey has long worked with the tribe and is tasked with trying to convince them that the mission school at Fort Reno can help their children. When a message arrives about a recovered survivor, Jack heads out to take her home--and plead his case once more.
He's stunned to run into Hattie Walker, the girl who shattered his heart--but quickly realizes he has a chance to impress her. When his plan gets tangled through translation, Jack and Hattie end up in a mess that puts her dreams in peril--and tests Jack's resolve to remain single.

What do you get when you mix a beautiful young lady who is stubborn, a little self-centered and sometimes judgemental with a handsome soldier who is compassionate, smart. but a little naive and often oblivious and throw them together because of a stagecoach robbery and a subsequent rescue by Indians? You get adventure with a capital A, romance with a capital R and fun, lots of FUN! I laughed out loud so many times while reading this book and I also thought that this was one of the most romantic books that I have read in quite a while. Lieutenant Jack Hennessey has loved Hattie Walker since he was a young boy and thoughout this book he alternates between hope and despair that she will ever realize his deep feelings, let alone reciprocate them. Hattie has a hard time forgetting about the skinny classmate who was so smart and so overly eager to share his knowledge. Her opinion, however, changes when an unexpected Arapahpo wedding ceremony forces them to act like happily married newlyweds to preserve and maintain the relationship that Jack has established with the Cheyenne and Arapahpo Indians. Many of their encounters with these two tribes and the other residents at Fort Reno are hilarious and those that they experience in the privacy of their home alternate between awkward to extremely sweet and romantic. I can easily picture a madcap comedy with Hattie Walker and Lieutenant Jack Hennessey as the main characters!

I've read several of Regina Jennings's books but this may be my favorite! I recommend The Lieutenant's Bargain for anyone who enjoys Christian romance with historical facts woven into the story.

I was given the chance to read this complimentary copy from the author and publisher but was under no obligation to post a positive review. These are my honest opinions. 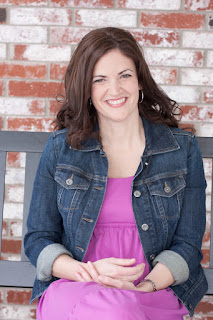 Regina Jennings is a graduate of Oklahoma Baptist University with a degree in English and a history minor. She has worked at The Mustang News and First Baptist Church of Mustang, along with time at the Oklahoma National Stockyards and various livestock shows. She now lives outside Oklahoma City with her husband and four children.

View all my reviews
Posted by Connie Porter Saunders at 10:26 PM