ABOUT THE BOOK
Selah Hopewell seems to be the only woman in the Virginia colony who has no wish to wed. True, there are too many men and far too few women in James Towne. But Selah already has her hands full assisting her father in the family's shop. And now she is in charge of an incoming ship of tobacco brides who must be looked after as they sort through their many suitors.Xander Renick is perhaps the most eligible tobacco lord in the settlement. His lands are vast, his crops are prized, and his position as a mediator between the colonists and the powerful Powhatan nation surrounding them makes him indispensable. But Xander is already wedded to his business and still grieves the loss of his wife, daughter of the Powhatan chief.Can two fiercely independent people find happiness and fulfillment on their own? Or will they discover that what they've been missing in life has been right in front of them all along?
MY THOUGHTS.....

Tidewater Bride is another example of Laura Frantz's amazing ability to weave a tale with engaging characters and an exciting plot. It also proves her commitment to fully research the time period that she is writing about. This fascinating story is set in James Towne, Virginia Colony, in 1634, and the opening sentence immediately grabbed my interest because of the tobacco crops that my husband and I raised for over thirty years! 'Alas, she was not a tobacco bride, but she had been given charge of them.'

Twenty-six year old Selah Hopewell is in charge of helping young English women choose a husband from the eager colonists of James Towne but she herself has no desire to marry until....an acquaintance turns to friendship and progresses to something more. I enjoyed seeing this capable woman intent on keeping her independence change into someone who yearns to be a wife and mother. I also loved the character of Alexander Renick, one of the founders of James Towne. Still grieving for his dead wife Mattachanna, a Powhatan princess, Xander is consumed with work and feels no need for companionship until...he begins to recognize just how special Selah is.

Frantz transports readers back to the Virginia colony and vividly illustrates all that these colonists endured. She shares the story of men who were willing to pay one hundred fifty pounds of good leaf tobacco for a bride, the young women willing to be claimed, and the efforts to find a peaceful co-existence with the Powhatan Indians. Hard work is the norm and danger is ever present but she also shows the strong faith that helped them through their trials. As the relationship between Selah and Xander progresses, and we see Xander's character change for the better, we are reminded of the universal need for love and the absolute need to fully trust in God.

Tidewater Bride is a thrilling story of love and hope and I was pleased to learn the identity of the real-life people who inspired this story. I highly recommend it to all who enjoy historical Christian fiction.

I received this book courtesy of Revell through Interviews & Reviews for my honest opinion.
tion.
My rating: 5 of 5 stars
ABOUT THE AUTHOR 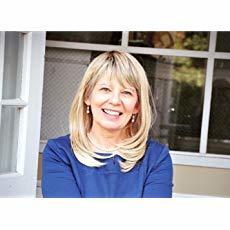 Laura Frantz is passionate about all things historical, particularly the 18th-century, and writes her manuscripts in longhand first. Her stories often incorporate Scottish themes that reflect her family heritage. She is a direct descendant of George Hume, Wedderburn Castle, Berwickshire, Scotland, who was exiled to the American colonies for his role in the Jacobite Rebellion of 1715, settled in Virginia, and is credited with teaching George Washington surveying in the years 1748-1750. Frantz lives and writes in a log cabin in the heart of Kentucky.According to Publishers Weekly, "Frantz has done her historical homework." With her signature attention to historical detail and emotional depth, she is represented by Janet Kobobel Grant, Literary Agent & Founder, Books & Such Literary Agency of Santa Rosa, California.
Readers can find Laura Frantz at her Website     Facebook     Twitter     Instagram
View all my reviews
Posted by Connie Porter Saunders at 5:00 PM