Laura's Shadow (Doors to the Past #9) by Allison Pittman

ABOUT THE BOOK
Family Secrets Spill One Conversation at a Time Visit historic American landmarks through the Doors to the Past series. History and today collide in stories full of mystery, intrigue, faith, and romance.De Smet, South Dakota—1890 Young women growing up in De Smet live by two rules: don’t go out in a snowstorm and don’t give your heart to Cap Garland. Young Mariah Patterson only managed to obey one. Orphaned and having devoted her youth to scrapping out a life with her brother Charles, Mariah finds herself with no option but to marry the devoted—but dull—Merrill Gowan. Throwing caution to the wind, she seizes an opportunity to lay her feelings at Cap’s feet, even though she knows Cap sees the world through the torch he carries for Laura Ingalls. Mariah is certain her love for Cap will be strong enough to break both bonds, and she’s willing to risk everything to prove it.  De Smet, South Dakota—1974  Trixie Gowan is the fourth generation of living Gowan women residing in the sprawling farmhouse on the outskirts of De Smet. Well, former resident. She’s recently acquired her own bachelor girl apartment in Minneapolis, where she works writing ads for a neighborhood paper. She might live and work in the city, but her co-workers still call her Prairie Girl. Thus the inspiration for her comic strip—"Lost Laura"—in which a bespectacled girl in a calico dress tries to make her way in the city. The name is a quiet rebellion having grown up in a household where she’d been forbidden to mention the name, Laura. But when her great-grandmother Mariah’s declining health brings Trixie home for a visit, two things might just keep her there: the bedside manner of Dr. Campbell Carter and the family secret that seems to be spilling from GG’s lips one conversation at a time.

MY THOUGHTS.....
This addition to the Doors to the Past series is a dual-time story that features Mariah Patterson Gowan and her great-granddaughter Trixie Gowan. We get a glimpse of an obsession that begins in 1890 and a young woman's current efforts in 1974 to understand why she's always been forbidden to speak of Laura Ingalls Wilder. Romance is featured in both plotlines, but I was much more invested in the triangle between Mariah Patterson, Cap Garland, and the man that she would eventually marry. Merrill Gowan is actually the character that I liked the most. He is a good man who is never truly loved or fully appreciated by his wife!

Fans of Little House on the Prairie will be intrigued by the 1890 setting and the characters who played minor roles in Laura Ingalls's life. For a short time, Mariah Patterson and her brother Charles were Laura's students in a one-room schoolhouse in De Smet, South Dakota but Mariah wasn't at all impressed with her teacher. This was actually the beginning of her life-long dislike for the girl that she long considered her rival. Mariah could never forget that the only man that she ever truly loved didn't return that love. Cap Garland could only see Laura Ingalls and Laura only had eyes for Almanzo Wilder!

Laura's Shadow is described as a historical Christian romance, so I was surprised that the faith content is very light and there's also an instance of pre-marital sex. Patterson does, however, deliver some very interesting historical details. 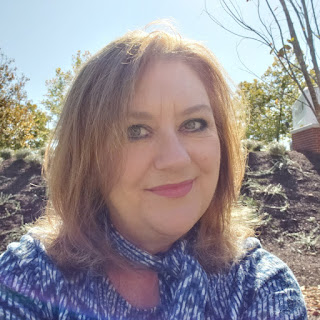 ABOUT THE AUTHOR
Allison Pittman is the author of For Time and Eternity, Stealing Home, the Crossroads of Grace series, and her nonfiction debut, Saturdays With Stella. A high-school English teacher, she serves as director of the theater arts group at her church. She is also the co-president of a dynamic Christian writers group in the San Antonio, Texas area, where she makes her home with her husband and their three boys.
Learn more by visiting her Website or following her on Facebook     Twitter     Instagram
View all my reviews
Posted by Connie Porter Saunders at 12:16 AM