Sinda Shull has secrets from her past which are the reason she feels she can never marry. When Sinda moves next door to widower Glen Olsen and his daughter, Tara, she struggles to leave the past behind. Sinda's home business keeps her hands busy, but Glen's neighborly gestures occupy most of her thoughts.

Glen is drawn to Sinda believing it's his responsibility to do the neighborly thing and befriend her. His daughter, though, has other plans. The would-be detective tries to prove that Sinda is up to no good - and Tara does everything she can to keep her father and Sinda apart

"I'm not a snoop! The correct word for my work is 'detective'!"

This is ten-year-old Tara's answer when her father accuses her of snooping on their new neighbor. Sinda Shull is the new person in the neighborhood and she is searching for a new beginning but she hasn't been able to leave secrets about her past behind. She soon learns that one of her neighbors loves playing detective and that she is the person that young Tara Olsen is now investigating! Tara might be described as precocious and her dad Glen tolerates her playing detective until he realizes that Tara is 'digging' for reasons to dislike Sinda because she feels threatened by his increasing feelings for this new neighbor.

Wanda E. Brunstetter is the 'Queen' of Amish fiction but this is a contemporary novel that she wrote in 2002. Sinda's difficult childhood has affected her ability to open up to others and she still feels mixed emotions about her domineering and sometimes abusive father. It is when she finds her mother's Bible that Sinda questions everything she has ever known. I especially like widower Glen Olsen's obvious Christian beliefs and his efforts to pass them on to his young daughter and I also loved seeing Sinda's faith deepen as she interacts with Glen. After hearing Pastor Benton quoting Philippians 4:6, Sinda realizes that 'She'd spent many years worrying about everything, praying about little, and never thanking God for the answers she'd received to those prayers she had uttered.'

The Neighborly Thing is an interesting story with secrets, misunderstandings, and the suggestion that what we see or have been told isn't always the complete picture. Brunstetter also reminds us that we shouldn't judge, that we need to offer compassion and forgiveness always and, most of all, it is our complete trust that God desires.

If you enjoy contemporary Christian fiction with romance and light mystery, you will enjoy The Neighborly Thing. 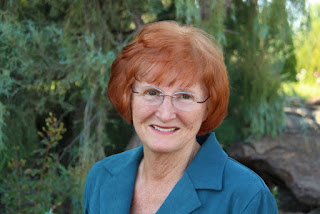 New York Times bestselling and award-winning author, Wanda E. Brunstetter is one of the founders of the Amish fiction genre. She has written close to 90 books translated in four languages. With over 10 million copies sold, Wanda's stories consistently earn spots on the nations most prestigious bestseller lists and have received numerous awards.


View all my reviews
Posted by Connie Porter Saunders at 1:48 PM