Right Cross Blog Tour May 5-May 21 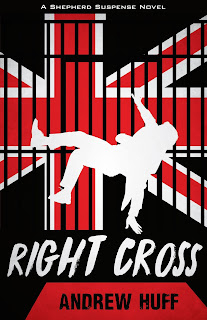 First he left the CIA. Then he left pastoral ministry. Now John Cross has been imprisoned in one of Great Britain's most infamous prisons. Has he reached the end of his rope? Or is this another move in a dangerous spy game?

Christine Lewis, United News Network's rising star television anchor, is determined to find out. But in her pursuit of answers, Christine finds herself at the center of a cyberterrorist plot to alter the balance of power in the world. From the English coastline to the Rocky Mountains, John must partner with the CIA and MI6 in a race against the clock to stop the threat of nuclear war and save the lives of everyone he holds dear.

The concluding story in the Shepherd Suspense trilogy is a globe-trotting, action-packed adventure with threads of biblical truth woven in. Fans of high-octane thrillers will be on the edge of their seats with Right Cross.

'Millions of people witnessed the arrest of John Cross, and not one of them stepped in to stop it.'

This very first sentence shows John Cross in a totally different situation. He has been a CIA agent and a Baptist pastor, but now, he is being held in an English prison, and he appears to have rejected his faith. We know, however, that things aren't always as they seem, so has Cross really changed that much? Author Andrew Huff offers readers an exciting and intriguing look at cybercriminals, threats to our country's national security, and intense efforts to stop a nuclear war, and he places John Cross and reporter Christine Lewis smack dab in the thick of it all. A happy outcome seems doubtful, and there are increased questions about John and Christine's personal relationship. Is it possible that their friendship and on-again, off-again romance have reached another level, or, is this the end?

Right Cross is filled with intense action and danger, so there is violence connected with the CIA connections, but there are also many faith elements throughout the story. If you're looking for romantic Christian suspense, you 'll easily find it in this gripping conclusion to the Shepherd Suspense trilogy!

I received a complimentary copy of this book from Kregel Publishing. There was no obligation for a positive review. These are my own thoughts. 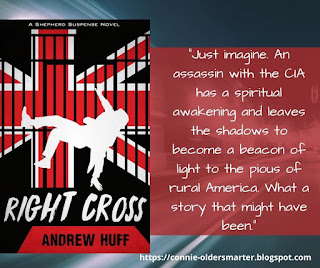 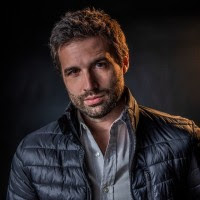 Huff spent ten years in local church ministry as a youth pastor and creative arts pastor before pursuing God’s calling into creative storytelling and media production as the product director at Igniter Media, a church media company (ignitermedia.com).He is a two-time finalist in the American Christian Fiction Writers (ACFW) Genesis Contest for unpublished authors (2014, 2017) and also won the best screenplay award at the 2015 48 Hour Film Festival in Richmond, VA. A Cross to Kill and Cross Shadow in the Shepherd Suspense series are his first releases.Huff holds a bachelor of science in religion degree from Liberty University and a master of arts in Christian education from Dallas Theological Seminary. He resides in Plano, TX, with his beautiful wife, Jae, and their two boys.Learn more Andrew Huff and the Shepherd Suspense novels at www.andrewhuffbooks.com. He can also be found on Facebook (@huffwrites), Twitter (@andrewjohnhuff) and Instagram (@andyhuff). 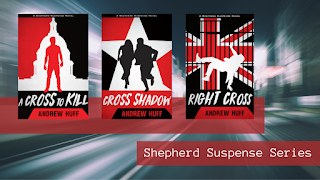 My review of Cross Shadow (Shepherd Suspense #2) can be seen HERE
View all my reviews
Posted by Connie Porter Saunders at 12:00 AM