Come Back to Me (Waters of Time, #1) by Jody Hedlund

The ultimate cure that could heal any disease? Crazy.

That's exactly what research scientist Marian Creighton has always believed about her father's quest, even if it does stem from a desire to save her sister Ellen from the genetic disease that stole their mother from them. But when her father falls into a coma after drinking a vial of holy water believed to contain traces of residue from the Tree of Life, Marian must question all of her assumptions. He's left behind tantalizing clues that suggest he's crossed back in time. Insane. Until Marian tests his theories and finds herself in the Middle Ages during a dangerous peasant uprising.

William Durham, a valiant knight comes to Marian's rescue and offers her protection . . . as his wife. The longer Marian stays in the past, the more she cares about William. Can she ever find her father and make it back to the present to heal her sister? And when the time comes to leave, will she want to?

Bestselling author Jody Hedlund is your guide down the twisting waters of time to a volatile era of superstition, revolts, and chivalry in this suspenseful story.

She seemed to search for the right words to say and her body grew more rigid. "If I tell you the truth, you'll think I'm insane. " "Test me." She drew is a deep breath. "I'm from another time and place."
A present-day research scientist and an English knight from the 14th century. Healing Holy Water and the Tree of Life. The Canterbury Cathedral. These are just a few of the intriguing elements in this new book by Jody Hedlund, and from the beginning I was enthralled with the story of Marian Creighton and Will Durham. It was very apparent, from their first unexpected meeting, that their relationship wouldn't be the norm. I enjoyed their amazing chemistry and their realization that they wanted their marriage of convenience to be something more. They needed to be together forever, but how could two people, centuries apart, expect to do so? Would Marian, or could Marian, give up twenty-first century conveniences to live in medieval times?

This book has mystery and suspense, but there is also a Christian faith message mixed in with the scientific aspects of this amazing adventure. Jody Hedlund is one of my favorite authors but I was uncertain how she would manage a time-travel Christian book. Well, let me tell you, she managed extremely well! Come Back to Me proved once again that she can write any genre, and I can't wait to see what is planned for the next book in the Waters of Time series.

I received a copy of this book from the author and publisher. A favorable review was never required. These are my own thoughts.
My rating: 4 of 5 stars 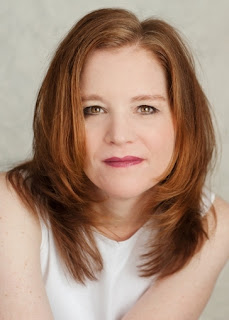 Jody Hedlund is the best-selling author of over twenty historicals for both adults and teens and is the winner of numerous awards including the Christy, Carol, and Christian Book Award. She lives in central Michigan with her husband, five busy teens, and five spoiled cats.

View all my reviews
Posted by Connie Porter Saunders at 11:00 PM