ABOUT THE BOOK
“Get Your Farm in the Fight” - The Realities of WWII Come to a Wisconsin FarmFull of intrigue, adventure, and romance, this series celebrates the unsung heroes—the heroines of WWII.Only last year, Fannie O’Brien was considered a beauty with a brain, and her future shone bright, despite the war pounding Europe. With her father’s sudden death and her brothers overseas, Fannie must now do the work of three men on their 200-acre farm—until eight German prisoners arrive and, just as Fannie feared, trouble comes too. Someone seems intent on causing “accidents,” and Fannie is certain the culprit is one of the two handsome older Germans—or possibly both. Can she manage the farm, keep the prisoners in line, and hold her family together through these turbulent times?
MY THOUGHTS.....
Fictional stories set during World War II often focus on the men who were sent to Europe to fight for freedom, but this book offers an intriguing alternative. Author Naomi Musch shows the dilemma of a family in 1944, as they attempt to keep their Wisconsin farm going. Fannie O'Brien works as hard as she can but there's only so much that she, her mother, and two younger siblings can do. Mrs. O'Brien finds a solution, but do they really want German prisoners of war on their farm?

The characters in this book are well-developed and I found myself wondering how I would have reacted in the same situation. How can you consider working with them when your loved one is being held in one of their German prisons? Do you judge all Germans by the actions of a few evil men? Musch shares an engaging look at the emotional and physical struggles of the O'Brien family, and she also shows the perspective of the German prisoners. Good men who've been forced to fight but are now being held captive far from their own families. Oh, there are a few exceptions, but this is the case with all men, no matter their nationality!

I love history but I wasn't aware of the tremendous number of German prisoners that were housed in Wisconsin during the latter part of World War II. I appreciate the notes from the author relating what is true and what is imagination, and I also admire the faith theme that is woven into the story. Are we all guilty of prejudice in one form or another? If you enjoy historical fiction and Christian romance, you will want to read Seasons of My Enemy. It's another compelling addition to the Heroines of WWII series from Barbour Publishing.

I received a complimentary copy of this book from Barbour Publishing and was under no obligation to post a review.
My rating: 4 of 5 stars 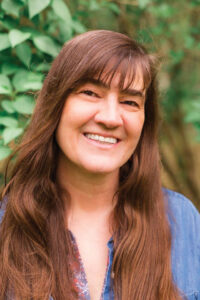 Naomi Musch is an award-winning author who writes from a deer farm in the pristine north woods of Wisconsin, where she and  her husband Jeff live as epically as God allows near the families of their five adult children. When not in the physical act of writing or spending time loving on her passel of grandchildren, she can be found plotting stories as she roams around the farm, snacks out of the garden, and relaxes in her vintage camper. Naomi is a member of the American Christian Fiction Writers, the Wisconsin Writers’ Association, and the Lake Superior Writers.

​Don’t miss my reviews of the other stories in the Heroines of WWII series!
The Cryptographer’s Dilemma by Johnnie Alexander
Picture of Hope by Liz Tolsma
Saving Mrs. Roosevelt by Candice Sue Patterson
Mrs. Witherspoon Goes to War by Mary Davis
A Rose for the Resistance by Angela K. Couch