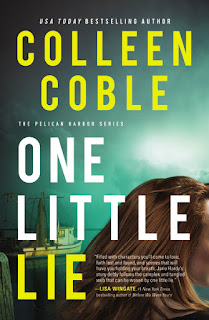 It started with one little lie. But Jane Hardy will do everything in her power to uncover the truth in this gripping new romantic suspense.

Jane Hardy is appointed interim sheriff in Pelican Harbor, Alabama, after her father retires, but there’s no time for an adjustment period. When her father is arrested for theft and then implicated in a recent murder, Jane quickly realizes she’s facing someone out to destroy the only family she has.
After escaping with her father from a cult fifteen years ago, Jane has searched relentlessly for her mother—who refused to leave—ever since. Could someone from that horrible past have found them?
Reid Bechtol is well-known for his documentaries, and his latest project involves covering Jane’s career. Jane has little interest in the attention, but the committee who appointed her loves the idea of the publicity.

Jane finds herself depending on Reid’s calm manner as he follows her around filming, and they begin working together to clear her father. But Reid has his own secrets from the past, and the gulf between them may be impossible to cross—especially once her father’s lie catches up with him.

Can secrets turn into lies? Are lies ever permissable? Does learning the truth cause even more hurt? These are the questions that are very pertinent in this new book by Colleen Coble. One Little Lie is the story of Jane Hardy, the newly appointed police chief of Pelican Harbor, and the past that she has tried to forget. It is also about Reid Bechtol and his son Will and the secret that Reid is hiding.

"How did he get to this point of subterfuge and lies? He didn't even recognize himself any more. Even more importantly, he was letting God down. He wasn't the man he thought he was." (p. 173)

I really liked that Reid had such a close relationship with his teenage son and that he showed such protective concern for Jane. Coble offers a glimpse of Jane's troubled past and this allows us to understand why she is so determined to live a honest and productive life. Her involvement in a cult when she was just a young girl left her scarred and unable to fully trust and Coble powerfully conveys Jane's fears, her hurts, and her struggle with forgiveness. There is, however, one secret that left me very surprised and an ending that left me with questions that only another book can answer!

One Little Lie reminds us that the lies that seem permissable to prevent hurt are often the source of the greatest hurt of all. Colleen Coble has written a wonderful story and I recommend it to all who enjoy Christian suspense and contemporary romance.

I received a copy of this book from Celebrate Lit tours. A positive review was not required and these are my honest thoughts. 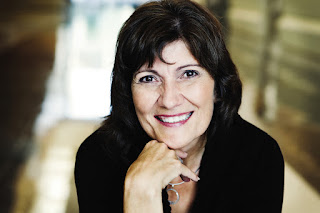 Best-selling author Colleen Coble’s novels have won or finaled in awards ranging from the Best Books of Indiana, the ACFW Carol Award, the Romance Writers of America RITA, the Holt Medallion, the Daphne du Maurier, National Readers’ Choice, and the Booksellers Best. She has over 2 million books in print and writes romantic mysteries because she loves to see justice prevail. Colleen is CEO of American Christian Fiction Writers. She lives with her husband Dave in Indiana. You can visit her website at http://colleencoble.com.