A River to Cross by C.L. Smith: Review Tour & Giveaway with Celebrate Lit 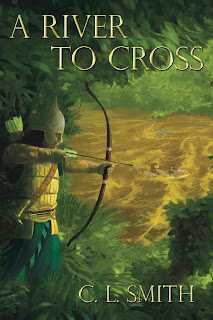 Although human eyes see only a river separating Israel from the Promised Land, primordial powers of darkness are determined to prevent a crossing that will change the world.

In the thrilling sequel to Balaam’s Curse, Acsah, Othniel, Jonathan and their friends sort through the rubble of the Midianite war for pieces of the simple and innocent life they’ve lost. But there is no going back. While nearly drowning in personal rivers of disappointment, grief, and fear, they hardly notice the Jordan River slowly rising to an impassable, raging torrent. By the time they do, Moses is dead. Yahweh has made it clear that Joshua is his chosen replacement, but the people have little faith that this hesitant man can lead them into Canaan.

To bolster confidence, Joshua sends Salmon and another young spy across the river in a reconnaissance mission that plunges them into a world where evil prowls in broad daylight and death waits in the darkness. They escape the depraved city of Jericho only by the quick thinking of a Canaanite girl who risks her life in exchange for a promise of rescue. Now her life and the future of the world depend on crossing that river.

This is fascinating biblical fiction that covers the time when the Israelites were about to cross the Jordan River into Canaan. Their many years of wandering in the desert were about over and several different characters give voice to their thoughts and feelings during this eventful time. People who are familiar with the Holy Bible will know these stories and author C.L. Smith combines scripture with her fictional account to enlighten us even more. I was especially intrigued with the march around Jericho and Rahab's introduction to the two spies who were sent by Joshua but the reminder that Moses would never enter the Promised Land was especially poignant to me, as were his efforts to remind the people of their need to always obey God!

A River to Cross is the second book of The Stones of Gilgal series and it is apparent that Smith devoted a lot of time and effort into the research of this book. I highly recommend it to all who enjoy Biblical fiction.

I received a copy of this book from the author via Celebrate Lit. There was no obligation to write a favorable review. These are my own opinions. 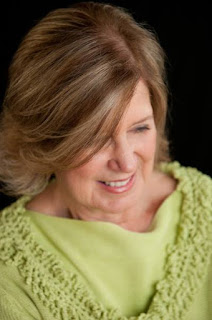 C.L. SMITH, former missionary and junior high English/history teacher, has been captivating audiences around the world for years with the timeless thrill of biblical tales. Now in her retirement years she is writing The Stones of Gilgal biblical novels. The books weave her lifetime love of learning and people into the fabric of obscure ancient texts, creating an unforgettable tapestry of rich scenes and colorful characters.
The narrative unfolds from the viewpoint of six minor biblical characters who experienced the miracles and mayhem of the era of Joshua (stories recounted in the last half of Numbers through parts of Judges) bringing this ancient world to life. This deeply-researched telling, of old stories makes them new again and relevant to our world today. She has completed three of six books in the series. The books are chronological, each adding layers to our understanding of the characters and their life situations, but each book can be enjoyed as a story complete within itself.
Learn more at www.stonesofgilgal.com 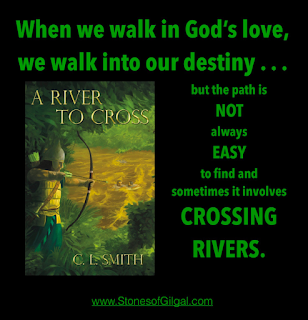 HAVE YOU EVER?
Have you ever wished you had good answers for people who ask those questions?

Imagine a story that deals with those questions and reads like the high adventure of an epic fantasy novel. Well, you don’t have to imagine. The Stones of Gilgal novels tackle those tough questions.

A River to Cross is the second book of The Stones of Gilgal series––but plunge right in! Each book can be read as a story complete within itself.

Background from book one: The children of Israel celebrate their arrival at the border of Canaan, their long-awaited Promised Land. But the evil prophet Balaam has been hired to stop them. His plot turns their joyful celebration into a nightmare. Balaam’s Curse threatens the very existence of God’s people on earth, leads to the death of the last of the Exodus generation, and leaves their children reeling.

Setting for book two: The crisis is past. Acsah, Othniel and friends begin picking up the pieces of their shattered lives. Their parent’s generation is gone, but against all odds, they survived the rebellion, plague, and war initiated by Balaam’s Curse. Like a loving grandfather, Moses gathers his people together for his final words. He reviews the covenant law and appoints Joshua as their new leader. The people grieve the loss of their mountain of strength. But inspired by the passion of his farewell speeches, the people look to the future with fiercely bright hope. They will cross the Jordan and claim their inheritance. What could possibly go wrong?

The Characters
Six of the major characters in this series are minor but real people found in scripture. They all came of age during the era of Joshua, experiencing the transition from the Wilderness Wanderings to finding a home in the Promised Land. They all crossed the Jordan, witnessed the fall of Jericho and the sun standing still at a word from Joshua—life-changing events shaping them for leadership roles as mature adults in the book of Judges. 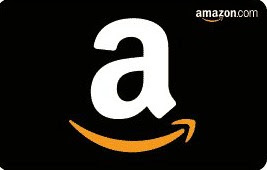 To celebrate her tour, C.L. is giving away the grand prize of a $50 Amazon gift card!!
Be sure to comment on the blog stops for nine extra entries into the giveaway! Click the link below to enter.
https://promosimple.com/ps/fc82/a-river-to-cross-celebration-tour-giveaway


View all my reviews
Posted by Connie Porter Saunders at 12:12 AM