When a body is discovered in a field in Iowa, the police uncover fourteen additional corpses ranging from 20 years old to recent. The remains point to a serial killer with an MO the authorities have seen before--Ed Oliphant, a man who has been in prison for over 20 years . . . and is Special Agent Kaely Quinn's father. After several failed interview attempts to discover if Ed has been training someone to be a copycat killer, the police turn to Kaely in St. Louis.

Kaely promised herself she would never step foot in her hometown or set eyes on her father again. She's always refused to confront her past, but if she wants to prevent any more deaths, she must come face-to-face with the man she's hated for years.
As more bodies are discovered, Kaely races against time and her own personal turmoil to uncover the killer. Will this most personal case yet cost Kaely her identity and perhaps even her life?

I loved this book! Kaely Quinn Profiler has been one of my favorite series and this is the perfect way to end it. Dead End centers around finding a Copycat Killer who targets young women by using the methods of the infamous serial killer known as the Raggedy Man. Kaely Quinn's father is the Raggedy Man who has previously been mentioned but this book finally allows us to see the two of them together. I won't soon forget the scenes between Kaely and Ed Oliphant because they allowed me to fully understand the deep emotional trauma that she's felt these many years. Dead End also has a reunion between Kaely and the real person behind her imaginary confidant Georgie and there's a satisfying resolution in the relationship of Kaely and FBI Special Agent Noah Hunter. They've been professional colleagues, supportive friends, and now, there seems to be so much more. "He'd seen the best and the worst that she had to offer. And he was still here." Oh, I am really going to miss Kaely and Noah!

Most of all, I'm going to miss the strong faith element that Nancy Mehl has included in these books. Dead End specifically stresses the reality of spiritual warfare and the evil forces that surround us. How often do we overlook the constant threat of evil in our lives?

If you enjoy psychological thrillers filled with spiritual themes and Christian romance, you will want to read Dead End! I am looking forward to more great reading from this author.

I received a complimentary copy of this book from the author. There was no obligation for a positive review. These are my honest thoughts. 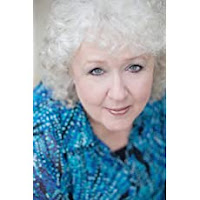 Nancy Mehl lives in Wichita, Kansas with her husband, Norman, and her very active puggle, Watson. First published in 2001, she has now authored nine books, including an omnibus mystery collection, Cozy in Kansas, which contains three of her previously published Ivy Towers mysteries. Book three in the series, For Whom the Wedding Bell Tolls, won the American Christian Fiction Writers Mystery Book of the Year award. Nancys main writing interests lie in mystery although her new Harmony Series leans more toward the romantic suspense genre. Nancy runs a HUD program for the city of Wichita and is president of a volunteer organization, Wichita Homebound Outreach. She is a member of American Christian Fiction Writers and Kansas Authors Club.

View all my reviews
Posted by Connie Porter Saunders at 6:32 PM