Keeping her true identity a secret

is the only way to stay alive.

Going undercover as a nanny brings presumed-dead ex--US Marshal Kylie Stone closer to catching the man who murdered the witness in her protection--and also killed Texas Ranger Luke Dryden's sister. When someone tries to kidnap the twins in her care, Kylie must tell their uncle the truth...and convince Luke to help her. But will revealing her identity put all their lives at stake? 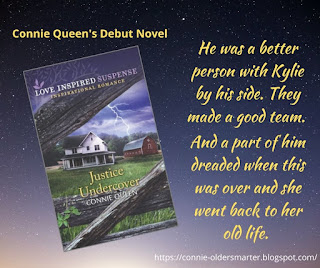 I've always liked Texas Rangers and Ranger Luke Dryden certainly doesn't tarnish my image of these special law enforcement agents. Luke's hero instincts kick into full force when his orphaned niece and nephew become the targets of kidnappers and he learns that their nanny is really an ex-US Marshall who has assumed a new identity. What follows is an intense race to find who is behind these threats and if they are connected to his sister's murder. As Kylie Stone and Luke work together, he wonders if he can keep himself safe, but it isn't physical safety he's worried about. Can he truly trust Kylie after learning her true identity? Will his budding feelings for her cause him deep hurt once this mission is over? 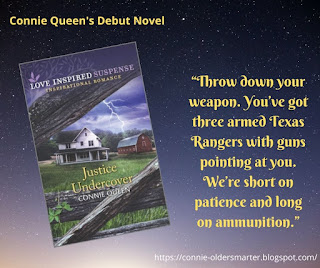 Justice Undercover is the debut novel of Connie Queen and I was immediately caught up in the intense thrill ride that she takes us on! Secrets, mistrust, kidnapping, and murder are included, but in the end, she shows us the development of love and trust --- trust between Kylie and Luke and the assurance of God's love and grace for all of His children.

This book is a notable first effort for Connie Queen and I look forward to her next books. I recommend Justice Undercover to anyone who enjoys Christian romantic suspense.


I received a copy of this book from the author. There was no obligation for a positive review. These are my own opinions. 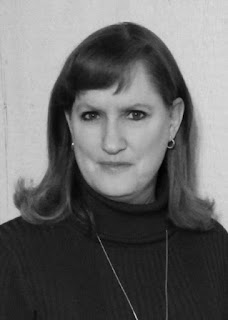 Connie Queen spent her life in Texas where she met and married her high-school sweetheart. Together they’ve raised eight children and are enjoying their grandchildren. As a child, Connie remembers her mom and sisters reading, but she preferred to be outside. It wasn't until later, she found the joy of being whisked away into another world. Today she resides in Nebraska with her husband, and Nash, her Great Dane, where she’s working on her next suspense.


View all my reviews
Posted by Connie Porter Saunders at 9:12 PM