The Englisch Daughter by Cindy Woodsmall

A marriage is tested in this Old Order Amish novel of longing for renewed love and a path for forgiveness from the best-selling author of Gathering the Threads .
Old Order Amish wife and mother Jemima has put her marriage and family ahead of herself for years. She's set herself aside. Raising four children, she's followed all the rules and has been patient in looking forward to her time to chase a dream of her own.
But when she finds out that her life savings for pursuing that dream is gone--and her husband, Roy, has been hiding a child with another woman--her entire world is shattered. Will she be able to listen to God and love Roy's child? With so much at stake, how can she and Roy fix their relationship before their lives come crashing down?

Author Cindy Woodsmall and her daughter-in-law Erin Woodsmall have written an Amish story that is like none that I've read and I couldn't put it down! Jemima Graber knows that her marriage isn't the same after her husband's serious accident a year ago but she hasn't a clue just how deeply damaged it has become. Roy is a good man but this accident left him dependent on painkillers and started a chain of events that led to his involvement with another woman and quite possibly, a child born of that indiscretion. As the details come to light, the life and marriage that she believed was hers no longer exists. Can she forgive this man who has hurt her so deeply? Will Roy be shunned by his Amish community because of his unfaithfulness? Is it possible for her to accept a child who isn't hers?

The emotions described in The Englisch Daughter are very realistic and so relatable to anyone who has ever experienced betrayal. Jemima progresses from uncertainty, to disbelief, to anger, and eventually, she feels a sense of failure. Along the way, however, she also recognizes that she is frustrated and has been for a long time! She wants to be more than just a wife and mother and she needs to feel that her opinions are valued. Jemima wants respect and isn't that what we all crave? Her journey to forgiveness is hard and it takes time but isn't this true to life? Isn't that what we would expect from someone who has felt such betrayal and hurt?

There is also an interesting secondary plot that involves Roy's sister Abigail. She has her own struggles in this story and it remains to be seen if she can learn to accept a man who enjoys the sport of fighting. Violence, after all, is unacceptable to the Amish way of life.

I received an Advanced Reader's Copy of this book from Waterbrook Publishers. I wasn't obligated to write a positive review and these are my honest thoughts. 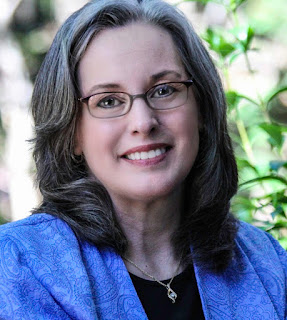 Cindy Woodsmall is a New York Times and CBA best-selling author who has written nineteen (and counting!) works of fiction and one of nonfiction. She and her dearest Old Order Amish friend, Miriam Flaud, coauthored the nonfiction, Plain Wisdom: An Invitation into an Amish Home and the Hearts of Two Women. Cindy's been featured on ABC Nightline and the front page of the Wall Street Journal, and has worked with National Geographic on a documentary concerning Amish life. In June of 2013, the Wall Street Journal listed Cindy as one of the top three Amish fiction writers.She is also a veteran homeschool mom who no longer holds that position. As her children progressed in age, her desire to write grew stronger. After working through reservations whether this desire was something she should pursue, she began her writing journey. Her husband was her staunchest supporter as she aimed for what seemed impossible.She’s won Fiction Book of the Year, Reviewer’s Choice Awards, Inspirational Reader’s Choice Contest, as well as one of Crossings' Best Books of the Year. She’s been a finalist for the prestigious Christy, Rita, and Carol Awards, Christian Book of the Year, and Christian Retailers Choice Awards.

View all my reviews
Posted by Connie Porter Saunders at 12:44 PM