The Bridge Between Us (Road to Refuge #3) by Victoria Bylin: Reviewer Tour with JustRead

ABOUT THE BOOK
An Unexpected Reunion . . . A Second Chance at Love
Jesse Donovan is a changed man. Now a Christian and a successful building contractor, he’s dedicated to taking responsibility for his self-centered past. That includes welcoming the teenage boy he didn’t know he fathered. When the boy’s mother walks into Jesse’s office, their son has run away from home and is on a dangerous road, travelling with a friend who isn’t a friend at all.Maeryn Scott once loved Jesse Donovan, only to be abandoned without even a goodbye. Her love for him died suddenly—or so she thought. Now, with her son in danger and determined to confront his father, Maeryn must face the conflicting needs of her son and her own heart. Who is Jesse now? Can she trust him? Falling in love again is the last thing Maeryn wants to do—especially with a man who will turn her world upside down.
MY THOUGHTS.....
Jesse Donovan has made some bad choices but he's now a changed man! The drugs, alcohol, and prison term that were a part of his past are now behind him, and he's found the joy that comes from loving and trusting God. He's also just learned that he has a 15-year-old son. Will his faith be strong enough to overcome this latest challenge? Can Jesse help his son Tim avoid the mistakes he once made?

The Bridge Between Us has special characters that I could easily accept as friends and realistic situations that are very common, but I was especially drawn to its strong faith message. Author Victoria Bylin reminds us that trust in God and a willingness to forgive are essential, but they don't always happen in an instant. I recommend this book to all who enjoy second chance stories and Christian romance.

I received a complimentary digital copy of this book. There was no obligation for a positive review.
My rating: 4 of 5 stars 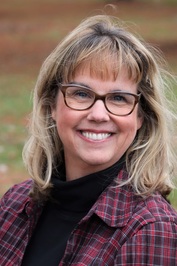 ABOUT THE AUTHORKnown for her realistic, likable characters and vivid writing, Victoria Bylin delights in tackling tough subjects with respect and compassion. The Two of Us was chosen as a “Target Recommends” selection, and Together With You won the Inspirational Readers Choice Award for Best Contemporary Romance. Her books, both contemporaries and western historicals,have been critically acclaimed in Publisher’s Weekly and Booklist. A native of California, she and her husband now make their home in Lexington, Kentucky. They have two sons and are the proud grandparents of twin girls and a little boy.