On Wings of Devotion (Codebreakers 2) by Roseanna M. White


Against Every Warning, She’s Drawn Ever Closer to the Man Known as “Black Heart”
All of England thinks Major Phillip Camden a monster–a man who deliberately caused the deaths of his squadron. But he would have preferred to die that day with his men rather than be recruited to the Admiralty’s codebreaking division. The threats he receives daily are no great surprise and, in his opinion, well deserved.
As nurse Arabelle Denler observes the so-dubbed “Black Heart,” she sees something far different: a hurting man desperate for mercy. And when their families and paths twist together unexpectedly, she realizes she has a role to play in his healing–and some of her own to do as well.
With Camden’s court-martial looming, an old acquaintance shows up, intent on using him in a plot that sends the codebreakers of Room 40 into a frenzy. With their fragile hopes for the future in the cross hairs, Arabelle and Camden must hold on to hope–and to each other–if they want to survive.

MY THOUGHTS....
Have you ever read the first book of a series and thought that any books that followed would never be quite as good? That is how I felt after reading The Number of Love, book one in The Codebreakers series. Well, let me tell you, I was wrong! The second book is just as good, and it may be even better.

It is hard to decide what I love best about On Wings of Devotion. Is it the sweet, compassionate nurse who deeply cares for her patients and profoundly loves her Jesus? Maybe it is the Major who has been labeled as Black Heart, the man accused of deliberately causing the deaths of his squadron. Perhaps it is learning more about Room 40 and The Codebreakers, the people who played such an important part in World War I, and being reunited with some of the people we first met in The Number of Love. Could it be watching as Arabelle Denler befriends Phillip Camden and through her Christian witness, encourages him to to seek his own relationship with God? Or seeing their friendship turn into something more? 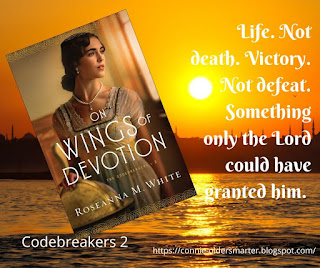 On Wings of Devotion is certainly another feather in Roseanna White's writing cap and it has all of the drama and suspense that we've come to expect in her books. It is rich in historical detail and the romance is extremely satisfying but I especially loved seeing how Phillip changed from a self-absorbed person to a man who knew that his only hope was in truly knowing Jesus Christ.

Life. Not death. Victory. Not defeat. Something only the Lord could have granted him. (p. 377)

If you enjoy historical fiction and Christian romance, you will definitely want to read On Wings of Devotion. I am looking forward to seeing what the third book of this series has in store!

I received a complimentary copy of this book from the publisher. I was not required to provide a positive review and these are my own thoughts. 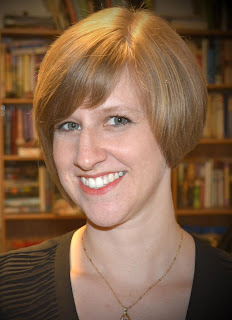 Roseanna M. White is a bestselling, Christy Award-nominated author who has long claimed that words are the air she breathes. When not writing fiction, she’s homeschooling her two kids, editing, designing book covers, and pretending her house will clean itself. Roseanna is the author of a slew of historical novels that span several continents and thousands of years. Spies and war and mayhem always seem to find their way into her books…to offset her real life, which is blessedly ordinary. You can learn more about her and her stories at her Website  Facebook  Twitter Instagram

View all my reviews
Posted by Connie Porter Saunders at 4:04 PM