A Mosaic of Wings by Kimberly Duffy

It's 1885, and all Nora Shipley wants, now that she's graduating from Cornell University as valedictorian of the entomology program, is to follow in her late father's footsteps by getting her master's degree and taking over the scientific journal he started. The only way to uphold her father's legacy is to win a scholarship, so she joins a research expedition in Kodaikanal, India, to prove herself in the field.
India isn't what she expects, though, and neither is the rival classmate who accompanies her, Owen Epps. As her preconceptions of India--and of Owen--fall away, she finds both far more captivating than she expected. Forced by the expedition leader to stay at camp and illustrate exotic butterflies the men of the team find without her, Nora befriends Sita, a young Indian girl who has been dedicated to a goddess against her will.
In this spellbinding new land, Nora is soon faced with impossible choices--between saving Sita and saving her career, and between what she's always thought she wanted and the man she's come to love.

I admit that I love historical fiction and A Mosaic of Wings certainly didn't disappoint me! I know very little about entomology and author Kimberly Duffy's detailed research taught me so much about the study of insects. I also enjoyed the diverse characters that she created and developed. Nora Shipley is intelligent, outspoken, and determined to keep her father's legacy alive. Her loyalty to her late father's memory and her dislike for her step-father is understandable and they certainly influence her thoughts about romance and marriage. I really liked her classmate Owen Epps and I admired his kindness and the depth of his feelings for Nora. There were many times that I wanted to shake her for not seeing just how special he was! The young Indian girl Sita touched me with her dilemma of being forced to "serve men" after she has become a Christian and I would love to see Duffy devote a book to Sita's story. And then, there are Duffy's lyrical words that caused me to think and ponder.

"The more you're exposed to a thing, the more you accept it. And because of that, we sometimes miss the little details that could reveal something bigger than our expectations allow. But when you realize what you've found, you know everything has changed." (p. 341)

"And maybe that was her father's greatest legacy--not a scientific periodical, but the capacity to  love unreservedly. And a willingness to sacrifice what was most important for who was most important."  (p. 334)

This is a beautiful debut novel, from the stunning cover to the wonderful story inside, and Duffy completely transported me to New York and India as they might have been in 1855. I certainly recommend A Mosaic of Wings to anyone who enjoys historical Christian romance.

I received a copy of this book from the author and Bethany House with no obligation for a positive review. These are my own thoughts. 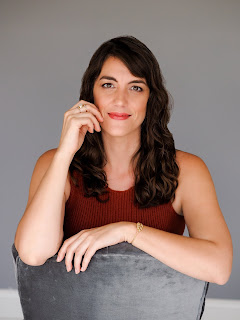 Kimberly Duffy is a Long Island native currently living in Southwest Ohio. When she's not homeschooling her four kids, she writes historical fiction that takes her readers back in time and across oceans. She loves trips that require a passport, recipe books, and practicing kissing scenes with her husband of 20 years. He doesn't mind. You can find Kimberly at her Website or follow her on Facebook     Instagram     Pinterest


View all my reviews
Posted by Connie Porter Saunders at 8:32 PM