Someone’s after a deadly weapon…
and only she can stop them.
It’s undercover ATF agent Randee Jareau’s job to make sure the government’s 3-D printed “ghost gun” doesn’t fall into the wrong hands. So when someone goes after scientist Ace Steele, she must protect him…before she loses the undetectable weapon and its creator. But with a mole inside Ace’s company and everyone a suspect, this assignment could become Randee’s last.

Ace Steele never planned to be a murderer, but that wouldn't matter if the contracted plans for the ATF's top secret printer ghost gun and bullets landed in the wrong hands....He would bear the burden of and responsibility for numerous deaths.

Twists and turns. Ups and Downs. Did I mention roller-coaster ride? This is exactly what Untraceable Evidence feels like! Non-stop action and unanswered questions make this a suspense story that I couldn't put down. Author Sharee Stover adds even more interest by including a 'white hat' hero and a brave heroine who is very special in her own right! I admired scientist Ace Steel for his determination to prevent the weapon that he had personally designed from being used used for evil purposes and I found ATF agent Randee Jareau's efforts to protect him just as admirable. As they race to find who is trying to steal the 'ghost gun' there is another element added to their relationship...from the first time she saw him, Randee labeled him worthy of being a GQ model but, as they work together, she discovers that he's just as special on the inside. Is it possible that something else might come from this investigation? Can Randee trust Ace enough to share her fears about real relationships and commitment? 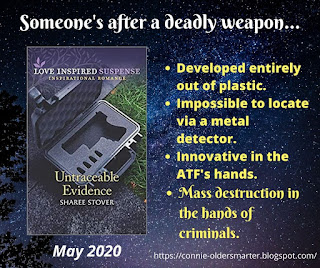 This book has everything you could ask for in Christian romantic suspense: danger, mystery, an unexpected ending, a super couple, and the reminder that God's love and grace is available to all you seek them. I highly recommend Untraceable Evidence.


I received a copy from the author and publisher but I wasn't obligated to write a favorable review. I am voluntarily sharing my honest thoughts. 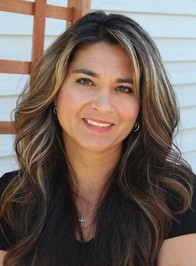 Colorado native Sharee Stover lives in Nebraska with her real-life-hero husband, three too-good-to-be-true children, and two ridiculously spoiled dogs. A self-proclaimed word nerd, she loves the power of the written word to transform, ignite and restore. She writes Christian romantic suspense combining heart-racing, nail-biting suspense and the delight of falling in love all in one. When she isn't writing, Sharee enjoys reading, crocheting and long walks with her obnoxiously lovable German Shepherd.

View all my reviews
Posted by Connie Porter Saunders at 10:35 PM