All journalist Christine Lewis wants is the truth. All pastor John Cross wants is to avoid it.

Former CIA agent turned evangelical pastor John Cross is busy caring for the small community of believers he ministers to in Virginia. Journalist Christine Lewis is busy with the demand for her talents from top news agencies in New York City. Neither has any time left for their relationship, which began eight months before when they paired up to prevent the detonation of a chemical bomb in the nation's capital.

But when Christine hears that her stepbrother has been arrested for murder in Texas, they team up again to discover the truth about the crime. Untangling a web of conspiracy, the couple finds themselves in the center of another dangerous situation-and in trouble far deeper than they expected.

With an assassin on the loose, a trusted colleague acting as a double agent, and unreliable artificial intelligence connected to mercenaries who have Cross on their hit list, these two may not get out of the Lone Star State alive.

Warning! This book is filled with nail-biting action and pulse-altering situations. Proceed with caution!

This is the first book that I've read by Andrew Huff and Cross Shadow has made me a believer! It didn't take long for the action to begin as reporter Christine Lewis realizes that she is on a subway with a suicide bomber. There are many more thrills that involve Christine and John Cross, her 'ex-CIA agent turned minister' boyfriend, as John steps in to help her prove that her step-brother is innocent of murder charges. Suddenly, as their hunt continues, it becomes evident that they are in extreme danger and that our nation's security is also at risk.

Cross Shadow continues Christine and John's partnership that began in A Cross to Kill but this book finds Christine beginning to question her initial reactions to John. Yes, he is a minister, but she feels unable to fully trust him. Will her serious reservations alter their future relationship? John also has troubling questions but they are about his personal connection with God and they mirror our own thoughts. How many of us have wondered if we are truly living for God and serving Him as we should?

I was surprised at Huff's ending but there is a third Shepherd Suspense novel scheduled to release in 2021 so, perhaps, there is still hope for this duo. You will certainly want to read Cross Shadow if you enjoy intense adventure, conspiracy theories, treacherous villains, and a God-fearing hero. I recommend it to all who enjoy Christian suspense novels.

I received a copy of this book from Kregel Publications and Read with Audra Publicity Tours. All opinions are my own.

WHAT OTHERS ARE SAYING

“In the tradition of Ted Dekker and Frank Peretti, Cross Shadow is a strong, taut thriller that retains a Christian sense of optimism and hope while acknowledging the existence of great evil in the world. Huff raises the stakes on every page all the way through the white-knuckle finale—like watching an action movie through the written word.”

~ Kyle Mann, editor in chief of The Babylon Bee and author of How to Be a Perfect Christian

“Andrew Huff’s writing is as fast-paced and tight as his enticing story lines. Masterfully balancing a well-developed plot with a cast of characters you feel like you’ve known forever, Huff creates one page-turner after another in his Shepherd Suspense trilogy. He may be a new author, but his talented word-spinning is anything but novice and will linger long in the reader’s subconscious.” 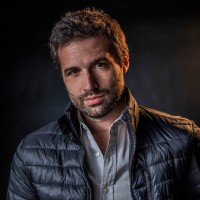 He is a two-time finalist in the American Christian Fiction Writers (ACFW) Genesis Contest for unpublished authors (2014, 2017) and also won the best screenplay award at the 2015 48 Hour Film Festival in Richmond, VA. A Cross to Kill and Cross Shadow in the Shepherd Suspense series are his first releases.

Huff holds a bachelor of science in religion degree from Liberty University and a master of arts in Christian education from Dallas Theological Seminary. He resides in Plano, TX, with his beautiful wife, Jae, and their two boys.


You can win your own copy of Cross Shadow! Just click this link. 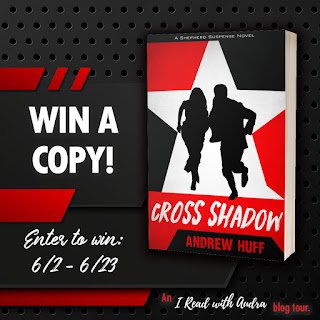 View all my reviews
Posted by Connie Porter Saunders at 12:32 PM