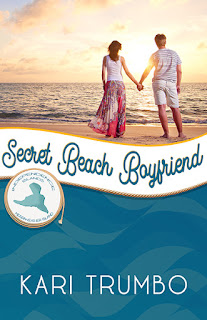 She met Rafe on the beach when she was just five and it seemed like fate tied them together. When a chance encounter returns him to the islands twenty years later, Annie finds her beach friend has grown up and now needs her help.

Damaged and scarred from a past that still hasn’t healed, Annie needs help of her own. True to character, Rafe comes up with a perfect solution, but a temporary island romance does not fit into his agenda at all.

Will an offer to be her secret boyfriend give her heart a second chance? How can it turn into something more and prove there’s power in prayer and that love can triumph over a painful past?

He was Annie’s hero long ago, but can the man he has become save her now?

Secret Beach Boyfriend is the third “Merriweather book” in a new series featuring five islands, six authors, and a boatload of happily-ever-afters.

"....marriages just don't last anymore. Not for anyone. Love is a myth, a fairytale, made for stories. Fiction."

Annie Roman has never gotten over her father leaving his family when she was just five and she doesn't believe in love and marriage, so the attention of a handsome visitor to Merriweather Island is unsettling, to say the least. Rafe Tetfield has returned to the island because he wants to make sure that his parents don't drift apart. Can two people with such differing opinions about the institution of marriage find a common meeting ground?

Secret Beach Boyfriend isn't your typical 'beach read' because it covers some heavy subjects but this only adds to the enjoyment of the story. Rafe's mother has OCD and author Kari Trumbo does a wonderful job portraying the effects that this disease has on both Mrs. Tetfield and her family. Annie's belief that her father deserted her because she wasn't loved or wanted and her discovery that his leaving was based on a lie is a powerful reminder to all of us. Secrets often hurt more than they help!

This is a story of second chance, sweet romance, and learning to trust. Secret Beach Boyfriend is an enjoyable contemporary novel and I recommend it to all who like Christian romance.

I received a copy of this book from the author via Celebrate Lit. There was no obligation to write a favorable review. These are my own thoughts. 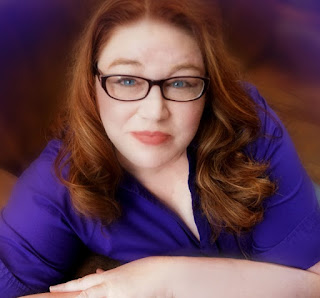 Kari Trumbo is a bestselling author of Christian historical and contemporary romance novels. Her books are known for characters who feel real, settings you could move to, and faith woven between the pages. She makes her home in central Minnesota with her husband of over twenty years, two daughters, two sons, and never enough time.

Have you ever hunted for seashells on the beach?

This sweet story actually starts twenty years before the moment you open the front cover. Years before, on a solitary beach, a little boy comforts a girl he finds crying by offering to help her find seashells. He doesn’t know why she’s crying, just that he can help. Even though he knows his mother will be angry with him.

You see, Rafe (that’s the little boy) has a mother who has minor OCD and doesn’t let him go on the beach. But when Annie (that’s the little girl) is obviously heartbroken, he can’t leave her sitting there and not do anything. At that moment, a hero is born.

It’s the little things that make a hero. That moment in time when he made a choice to put Annie above his own discomfort created a past for them both, an anchor they could both look back on. It was pivotal enough for them both that they remembered it years later. Rafe, because he hid the shells and cherished the one time he got to collect them. Annie, because she was going through something no child of five should have to. His kindness was a glimmer of hope.

Fast forward twenty years and these two meet again, but don’t realize right away they are the people they’ve been thinking about on-and-off for most of their lives. Interestingly enough, that part of my story is true. I had a friend I met at a local beach when I was too young to recall names or anything else of great significance other than the feeling that it was the best day ever. She made me her best buddy for the day, and that stuck with me.

When I think of this story beyond the printed page, where Annie and Rafe live on in my mind, I have to wonder if shells will continue to be a theme in their lives.

For Him and My Family, October 25

Adventures of a Travelers Wife, October 30

Because I said so — and other adventures in Parenting, October 31

The Meanderings of a Bookworm, November 2 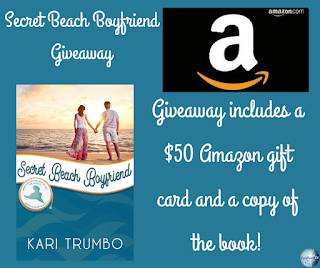 To celebrate her tour, Kari is giving away the grand prize package of a $50 Amazon gift card and a copy of the book!!