The Storm Breaks Forth by Terry Wangard: Review & Giveaway with JustRead Publicity Tours

Welcome to the Blog + Review Tour for The Storm Breaks Forth by Terri Wangard, hosted by JustRead Publicity Tours! 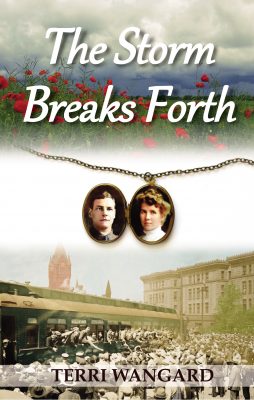 World War I rages in Europe, and now the United States joins in.
Peter Bloch heads to France with the Wisconsin National Guard, but his wife Maren is the one under attack. She’s German-born, and anti-German hysteria is running high. Simple suggestions for coping with wartime measures lead Maren into an active role in the community, but her service doesn’t help deflect suspicion from her. Zealous patriots target her with a vengeance. Peter caught the eye of a major who seems intent on using him as a spy. He’s been fortunate to avoid injury so far, but these activities are likely to get him killed.
Peter and Maren dream of the day they will be reunited, but more and more, that day appears to be a mirage.

Historical fiction is one of my favorite genres and this book certainly doesn't disappoint! The Storm Breaks Forth begins in 1917, as the United States enters World War I, and author Terri Wangard once again proves her ability to spin a tale that is both entertaining and educational. Maren and Peter Bloch are both great characters, and this story is told through each of their perspectives. Maren remains at home in Wisconsin, working for the war effort, worrying about her husband, and worst of all, enduring intense prejudice because she is of German descent. Peter faces his own trials after being asked to be a spy once he is sent to France. Even though they are Christian believers, Peter and Maren both face moments of fear and doubt. Can Maren prove to the townspeople that she is a loyal American? Will Peter face serious injury, or even death, in his efforts to serve his country? Does their future include being together again?

"Maren, love, as much as I don't consider myself a fighter, if I do become a soldier, we can be sure of this. God is in control. He has the number of my days planned. I can't live one day longer or one day less. And if my number doesn't come up until years in the future, I will go to France and return home. That takes out all the worry."
Wangard does an excellent job depicting the many emotions of Maren and Peter, and her story illustrates that prejudice and misinformation aren't new to our society. The Storm Breaks Forth reminds us that, while men are fallible, our God is ever present and ever loving. I learned so much about this era and was reminded that this war was expected to be the last great war that would involve the United States. Instead, it was only the beginning of many more conflicts for our country! This is an intriguing book that I won't soon forget.

I voluntarily accepted a copy of this book from the author but I wasn't required to write a favorable review. These are my own thoughts.
My rating: 4 of 5 stars 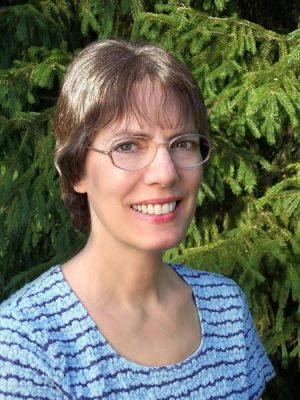 Terri Wangard grew up in Green Bay, Wisconsin, during the Lombardi Glory Years. Her first Girl Scout badge was the Writer. These days she is writing historical fiction, and won the 2013 Writers on the Storm contest and 2013 First Impressions, as well as being a 2012 Genesis finalist. Holder of a bachelor’s degree in history and a master’s degree in library science, she lives in Wisconsin. Her research included going for a ride in a WWII B-17 Flying Fortress bomber. Classic Boating Magazine, a family business since 1984, keeps her busy as an associate editor.

(1) winner will receive an ebook copy of The Storm Breaks Forth and a $15 Amazon gift card! 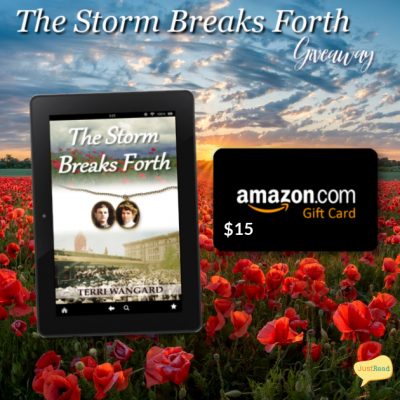 Full tour schedule linked below. Giveaway began at midnight April 13, 2021 and will last through 11:59 PM EST on April 20, 2021. Winner will be notified within 2 weeks of close of the giveaway and given 48 hours to respond or risk forfeiture of prize. US only. Void where prohibited by law or logistics.