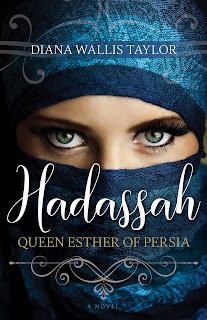 One of the great heroines of the Old Testament, Hadassah was a beautiful, graceful young woman who put her faith in God and her guardian, her cousin Mordecai.
She dreams of marrying Shamir, a tall, handsome, studious young man who is the rabbi’s son. Her heart beats faster when she hears the sound of his deep voice as he reads the Torah. And she hopes that he will visit Mordecai soon to present a betrothal request. Then, an upheaval in King Xerxes’s palace changes everything. Queen Vashti has been banished and an edict goes out for all qualified young virgins throughout the empire to be taken to the palace as he searches for a new queen. Fear strikes in the hearts of many, including Mordecai, as he realizes Hadassah will be taken. To hide her identity as a Jew, he tells her to go by the name of Esther. Since he works as a record-keeper at the king’s gates, he can keep tabs on how she is doing. Hadassah: Queen Esther of Persia imagines what life was like for the woman who saved her people—and perhaps found love in the process.

I jumped at the chance to read this book because I have always loved the story of the young Jewish girl who was brave enough to approach the KIng to ask for mercy for her people. I also enjoy biblical fiction and I am always eager to see if the author has used Bible scripture in an acceptable manner and I think that this author did. Diana Wallis Taylor based this book on the Old Testament book, Book of Esther, and she also did research on Persia, its culture and the Persian-Greek war that occurred during this time period. Taylor's book begins with eight-year-old Hadassah, a Jewish girl who is left as an orphan until she is adopted by her only living relative, an older cousin named Mordecai. As she matures, this beautiful young girl now known as Esther catches the eye of King Xerses and he chooses her to become a member of his court. This was a pagan custom that usually ended in several women becoming a lifetime part of the KIng's harem but Esther was actually chosen to become his Queen. It was because of her importance that she and her cousin Mordecai were able to reveal the evil plot against all of the Jewish people and prevent  them from being murdered.

People who are familiar with the Bible know that many of the stories are so amazing that they seem like fiction but they are, of course, indeed true. Hadassah's bravery; Mordecai's important job in the King's treasury and his intelligence and wisdom; and the very evil Haman are all important details in this book and they are all a part of the remarkable story that was recorded in the Book of Esther. It is a fact that God chose a young Jewish girl to complete His plan for his chosen people and that she was obedient to God's will but this biblical fiction book allows us to understand her uncertainty and to feel her fear as she readied herself to approach the king.

I appreciated the notes that the author shared in the back of her book. Taylor admits that she doesn't know if Esther and Xerses had a loving marriage but she chose to write it as such because of the Scriptures that state that the king 'loved her above all the other women'. She also shares that there is a tomb in present-day Iran that carries the names of Esther and Mordecai and it is believed that they were buried there.

I enjoyed Hadassah: Queen Esther of Persia and I recommend it to all who enjoy Christian romance and historical or biblical fiction.

I received a complimentary copy through Celebrate Lit. I have voluntarily chosen to share my honest thoughts. 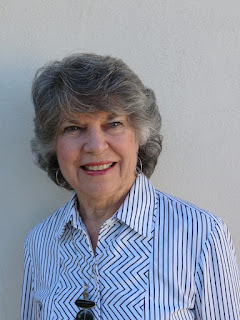 Diana Wallis Taylor was first published at the age of twelve, when she sold a poem to a church newsletter. After receiving her B.A. in Elementary Education at San Diego State University, she was an elementary school teacher for twenty-two years. Diana has also sold real estate, opened two coffeehouse/used book stores, and was a conference director for a private Christian college. She has an extensive portfolio of published works, including a collection of poetry; an Easter cantata, written with a musical collaborator; contributions to various magazines and compilations; and several books, including Lydia, Woman of Philippi; Mary, Chosen of God; Ruth, Mother of Kings; and Halloween: Harmless Fun or Risky Business? Learn more at www.dianawallistaylor.com.

Besides the usual vendors, there were strange, sweaty men with beady eyes who were looking to get rich from the additional population. In the wee hours of the morning, while Mordecai sat with his head in his hands, silently praying, Jerusha stopped breathing, slipping away so quietly that Hadassah thought she was still sleeping. One day, to the people’s relief, the news was spread that the unwelcome banquet guests had been ordered back to their provinces—to prepare for war. Instead of bowing, Hadassah smiled unabashedly and gazed directly at the king, who at that moment had turned his head. “Do not give your name as Hadassah, but tell them it is Esther, which is a Persian name. I would have you hide your Jewish heritage for now.” She felt their eyes silently appraising her; some with open interest, some with sympathy, and others with calculating shrewdness. Esther asked each maid gentle, innocuous questions about her homeland, favorite foods, culture, and the like, listening attentively to their answers and making sure to speak to them by name both to let them know they were important to her and also to help her remember who was who. “If you maidens help me to be my very best when I am called to the king’s chambers, if he honors me by selecting me as his queen, I will not forget you, who helped to put the crown on my head.” Esther had seen some of the women pass her quarters so laden with jewelry they could hardly walk. She wanted to laugh out loud, but suppressed even a smile. Recognition came. “Ah, the maiden in the crowd. I thought about you many times.” He moved closer. “I remember your hair, like a cloud around your face.” 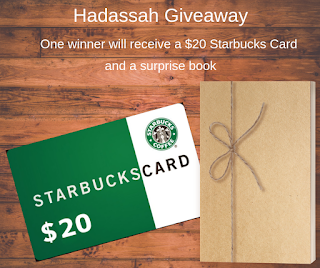 To celebrate her tour, Diana is giving away a grand prize of a $20 Starbucks card and a surprise book!!
Be sure to comment on the blog stops for nine extra entries into the giveaway! Click the link below to enter.
https://promosimple.com/ps/e5a0/hadassah-celebration-tour-giveaway
Posted by Connie Porter Saunders at 12:09 AM