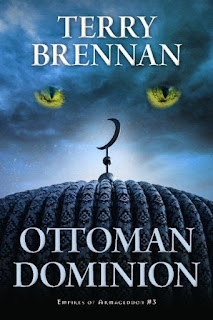 Diplomatic Security Service agent Brian Mullaney wants out. He's been drawn against his will into a dangerous international mission with world-ending implications--and his final assignment is going to pit him directly against the terrifying, evil entity known only as the Turk.

But when the Turk's minions breach the US embassy in Israel and the American ambassador disappears, Mullaney has no choice. He must accept his role as the final guardian of a mysterious box, his only weapon against the powers of darkness bent on preventing the second coming of the Messiah, no matter who or what they annihilate to accomplish their goal. Can this man who's already lost so much find the strength and faith to save the world--and fulfill the prophecy of peace?

The final volume of the Empires of Armageddon trilogy will have fans of Joel Rosenberg, Ronie Kendig, and Frank Peretti on the edge of their seats up to the final page.

This incredible story grabs your attention immediately and it doesn't let go! Ottoman Dominion is filled with intriguing characters, breathtaking action, and a very strong faith element that focuses on both prophecy and spiritual warfare. There are a lot of characters and numerous locations but author Terry Brennan graciously offers headings to help readers to keep it all straight.

If you enjoy Christian fiction filled with history, suspense, and political drama, this is the book for you. Ottoman Dominion is mesmerizing entertainment that chronicles the battle of good versus evil and reminds us that spiritual warfare is very real. It will also prompt you to reflect on your own spiritual beliefs!

I received a copy of this book from the author via the Read with Audra blogger program. There was no obligation for a favorable review and no compensation was given. These are my own opinions. 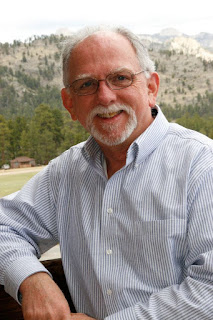 Terry Brennan is the award-winning author of The Sacred Cipher, The Brotherhood Conspiracy, and The Aleppo Code, the three books in The Jerusalem Prophecies series. His latest series is Empires of Armageddon, which includes Ishmael Covenant, Persian Betrayal, and Ottoman Dominion.A Pulitzer Prize is one of the many awards Brennan accumulated during his 22-year newspaper career. The Pottstown (PA) Mercury won the Pulitzer Prize for Editorial Writing for a two-year series published while he led the team as the newspaper’s Editor.Starting out as a sportswriter in Philadelphia, Brennan became an editor and publisher for newspapers in Pennsylvania, Illinois, and New York and later moved to the corporate staff of Ingersoll Publications (400 newspapers in the U.S., Ireland and England) as Executive Editor of all U.S. newspaper titles.In 1996, Brennan transitioned into the nonprofit sector, spending 12 years as VP Operations for The Bowery Mission and six years as Chief Administrative Officer for Care for the Homeless,  both in New York City.Terry and his wife, Andrea, now live in Danbury, CT.More on Brennan can be found at www.terrybrennanauthor.com. He is also on Facebook (Terry Brennan) and Twitter (@terrbrennan1). 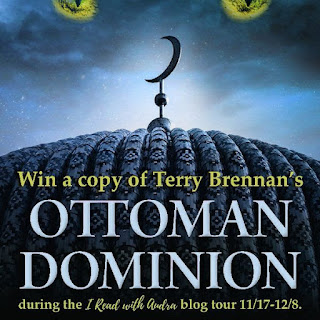 View all my reviews
Posted by Connie Porter Saunders at 12:04 AM