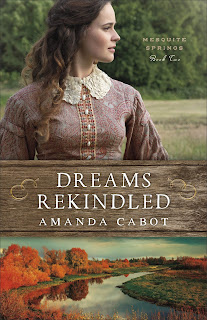 Though she hopes for a quiet, uncomplicated life for herself, Dorothy Clark wants nothing more than to stir others up. Specifically, she dreams of writing something that will challenge people as much as Harriet Beecher Stowe's Uncle Tom's Cabin seems to have. But in 1850s Mesquite Springs, there are few opportunities for writers--until newspaperman Brandon Holloway arrives, that is.

Brandon Holloway has seen the disastrous effects of challenging others and has no intention of repeating that mistake. Instead of following his dreams, he's committed to making a new--and completely uncontroversial--start in the Hill Country.

As Dorothy's involvement in the fledgling newspaper grows from convenient to essential, the same change seems to be happening in Brandon's heart. But before romance can bloom, Dorothy and Brandon must work together to discover who's determined to divide the town and destroy Brandon's livelihood.

With this second novel in the Mesquite Springs series, bestselling author Amanda Cabot invites you to discover the healing power of truth.
MY THOUGHTS.....
"Here I am, the woman who wanted to change the world with her words, but I rarely put my deepest feelings into words."
"Those are the hardest words to express, because they are the most important."

Dorothy Clark has always wanted to be a writer, but writing for a newspaper isn't what she had in mind. It may have been, however, the best decision that she's ever made because it allows her to become better acquainted with the owner, Brandon Holloway. Arriving in Mesquite Springs, hoping for a fresh start, Brandon soon encounters unsettling events that threaten him and the other residents of this small Texas town during the 1850s.

I enjoyed seeing Dorothy and Brandon as they formed a friendship from their working relationship, and I longed for them to find a deeper connection. There are several other characters, and an adorable dog named Nutmeg, who add interest to the story, plus a villain who evokes both anger and pity. The addition of danger, intrigue, and strong faith elements make this a book that you won't soon forget!

Dreams Rekindled is a wonderful historical fiction novel that stresses forgiveness and second chances, and I look forward to seeing what is ahead for Mesquite Springs, Texas.

I received a copy of this book from Revell. I was not required to write a positive review. These are my own thoughts. 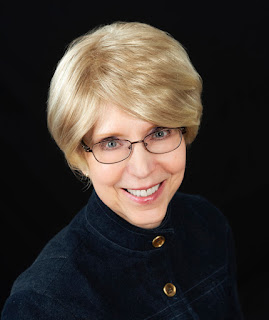 ABOUT THE AUTHOR
With both parents avid readers, it's no surprise that Amanda Cabot learned to read at an early age. From there it was only a small step to deciding to become a writer. Of course, deciding and becoming are two different things, as she soon discovered. Fortunately for the world, her first attempts at fiction were not published, but she did meet her goal of selling a novel by her thirtieth birthday. Since then she’s sold more than thirty-five novels. When she’s not writing, Amanda enjoys sewing, cooking and – of course – reading.
Website     Facebook     Twitter     Blog

View all my reviews
Posted by Connie Porter Saunders at 11:00 PM