Research scientist Caitlyn Lindsey is convinced that someone is taking out her team one by one. First, a friend and research partner was killed in a home invasion. Three months ago, her boss died in a suspicious car accident. Four days ago, another partner supposedly committed suicide. And now Caitlyn herself has miraculously survived a hit-and-run. Afraid for her life with nowhere to turn, she reaches out to one of the victim's husbands, Detective Josh Solomon.
Though initially skeptical about Caitlyn's theory, Josh soon realizes that the attack that took his wife's life was anything but random. Now the two of them must discover the truth about who is after Caitlyn's team--and what their end game is--before it's too late.
In this nail-biting thriller, award-winning author Lisa Harris will have you believing that there's no such thing as random.

'How do I make them believe me, God?'

This is Detective Josh Solomon's thought as he finds himself being interrogated as a suspect in his wife's murder. The irony is that two men have already been convicted for this murder that occurred one year earlier but suddenly, after a series of questionable deaths, he and research scientist Caitlyn Lindsey have begun to wonder if these men are truly guilty. And now, Josh finds himself as the prime suspect in the murder of both his wife Olivia and his police partner Quinton Lambert. 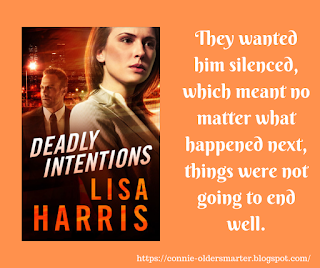 Deadly Intentions is an exciting and intriguing tale that left me needing to learn more and I found it hard to put down as I searched for the cause of all of this madness. A deadly virus that could be used as a bio-weapon if put in the wrong hands appears to be the motive behind the many murders and now, in their race to find answers, Josh and Caitlyn are apparently the next targets! 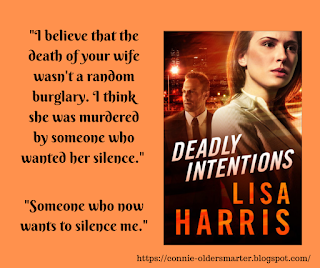 Author Lisa Harris has an unique way of showing both the good and evil in mankind and I appreciate that she often shares a faith-based message in her books. In Deadly Intentions, Josh and Caitlyn both pray as they face the dangerous situations but Caitlyn struggles with her relationship with God. 'What was she supposed to do when she couldn't hear God's voice? When she had no idea what to do next?'


Deadly Intentions is filled with excitement, danger, and suspense and there is also the promise of a romance between Josh and Caitlyn. Readers who enjoy romantic suspense and Christian fiction are in for a treat!

I voluntarily reviewed a copy of this book provided by Revell, a division of Baker Publishing Group. A favorable review was not required and these are my own thoughts. 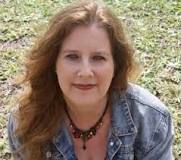 Award-winning author of nineteen novels and novellas, Lisa Harris lives with her husband and their three children in Mozambique, Africa, where they work as missionaries.
When she’s not busy writing or home schooling, she loves traveling, cooking different ethnic foods, and photographing animals and birds in the African bush. Visit her website at www.lisaharriswrites.com and her blog at www.myblogintheheartofafrica.blogspot...

View all my reviews
Posted by Connie Porter Saunders at 7:02 PM