Echoes Among the Stones by Jaime Jo Wright

After Aggie Dunkirk's career is unceremoniously ended by her own mistakes, she finds herself traveling to Wisconsin, where her grandmother, Mumsie, lives alone in her vintage, though very outdated, home. Aggie didn't plan for how eccentric Mumsie has become, obsessing over an old, unsolved crime scene--even going so far as to re-create it in a dollhouse.

Mystery seems to follow Aggie when she finds work as a secretary helping to restore the flooded historical part of the town's cemetery. Forced to work with a puzzling yet attractive archaeologist, she exhumes the past's secrets and unwittingly uncovers a crime that some will go to any length to keep hidden--even if that means silencing Aggie.

In 1946, Imogene Grayson works in a beauty salon but has her sights set on Hollywood. But coming home to discover her younger sister's body in the attic changes everything. Unfamiliar with the burgeoning world of forensic science and, as a woman, not particularly welcomed into the investigation, Imogene is nonetheless determined to stay involved. As her sister's case grows cold, Imogene vows to find justice . . . no matter the cost.

"And then I read her book, now I'm a believer!" were my thoughts after I read Jaime Jo Wright's first book. The House on Foster Hill reminded me why I so love mysteries and the dual timelines were just icing on the cake. Since then, Wright has consistently amazed me with her writing and with her fourth book she has proven herself "Queen of Dual Timeline Mysteries". I do believe, however, that Echoes Among the Stones may be her best book yet because it explores a subject that all of us have known or will know eventually. Sooner or later, each of us will experience grief and this book shows the different layers of grief, how it affects people in different ways as they deal with the pain and loss, and finally, how healing can occur.

The two stories in Echoes Among the Stones center around Imogene Grayson in 1946 and her granddaughter Aggie Dunkirk in present time and their individual journeys to deal with the griefs that have consumed them all of their lives. Aggie's return to her grandmother's home in Wisconsin shines light on a mystery that has plagued Mumsie for over seventy years and now threatens Aggie's life. Along with this mystery there is sweet romance for Aggie with an archaeologist but it is the faith message you will find yourself remembering. Wright shows the certainty of grace and redemption with her depiction of Mumsie's deep, unwavering belief and Aggie's questioning faith. She also makes some notable observations about grief and healing that are certainly worth remembering!

"You go ahead and let the grief consume you, because then it will heal you, free you, and the good Lord can move into its place and show you promise." ....."And the footprints of those who’ve gone before you? They’ll still be there. Memories to warm you when you’re old."

Echoes Among the Stones is outstanding Christian suspense and I wish that I could give it more than five stars!

I received a copy of this book from the author and Bethany House Publishers. These are my own thoughts and opinions. 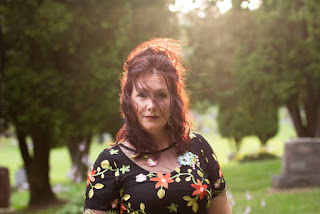 View all my reviews
Posted by Connie Porter Saunders at 10:05 PM