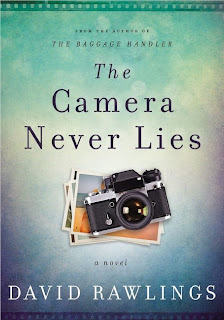 David Rawlings, author of The Baggage Handler, returns with another probing story: what would you do if your secrets were revealed to those around you?

Daniel Whiteley is a successful couples counselor who regularly puts families back together, helping them face up to the things in life they hide. But his own marriage is falling apart.

His wife, Kelly, knows Daniel is hiding something from her, but she doesn’t dare probe for fear her own secrets will be revealed.

When his grandfather dies, Daniel inherits an old SLR camera from a time when cameras pointed away from the person taking the photograph. On the camera is an inscription: “Use this camera wisely and remember, regardless of the picture you think you took, the camera never lies.”
When Daniel first uses his new camera he finds someone has already filled the roll of film. Annoyed, he processes the film and finds photos of a secret that he’s been hiding from his wife and daughter.
He has no idea who took them.

Daniel Whitely is a successful marriage counselor, an author of a best-selling book, and he, his wife, and twelve-year old daughter should be living the dream. Instead, their family seems to be falling apart. When his grandfather dies and leaves him a letter, a photo album, and the camera that he had used to take so many pictures, Daniel finds himself unnerved by what the pictures show. He discovers that Gramp's older camera is extraordinary because it produces final photographs that are nothing like the original shot. Was someone doctoring the photos? Was it a magical camera, able to project the true feelings of the person being photographed? Over and over, Daniel is told that ''the camera never lies". As he seeks answers, an eccentric character named Simon reminds Daniel that "The camera reveals how our lives truly are. We can't trick it, even if sometimes we think we can trick ourselves and everyone around us."

I found this book to be very intriguing and I wondered what my photograph would show if this camera was used to take my picture! The Camera Never Lies is a reminder that we often keep secrets to avoid pain or embarassment but these secrets can destroy our lives and the truth needs to be made known. It doesn't have a strong spiritual presence in the plot but author David Rawlings does convey in his story the need for honesty and he mentions the consequences and dangers of alcohol abuse, addiction, and acting on physical attraction.

If you are looking for an entertaining story that will also make you think, you will want to read The Camera Never Lies.

I received a complimentary copy of this book from Thomas Nelson via NetGalley but I wasn't obligated to write a positive review. These are my own thoughts. 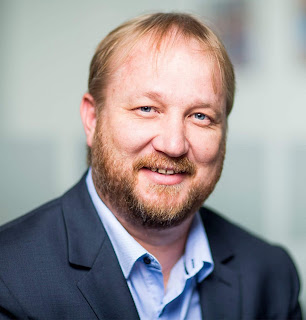 David Rawlings is an Australian author, and a sports-mad father of three who loves humor and a clever turn of phrase. Over a 25-year career he has put words on the page to put food on the table, developing from sports journalism and copywriting to corporate communication. Now in fiction, he entices readers to look deeper into life with stories that combine the everyday with a sense of the speculative, addressing the fundamental questions we all face.


Read an excerpt of The Camera Never Lies

Posted by Connie Porter Saunders at 1:09 AM