Veiled in Smoke (The Windy City #1) by Jocelyn Green

The Flames Took So Much.
She Can't Lose Her Father As Well.
Meg Townsend and her sister, Sylvie, seek a quiet existence managing the family bookshop. Meg feels responsible for caring for their father, Stephen, whose spirit and health are both damaged from his time as a prisoner during the Civil War. Her one escape is the paintings she creates and sells in the bookshop.
Then the Great Fire sweeps through Chicago's business district. The fiery explosions and chaos stir up memories of war for Stephen as he runs from the blaze and becomes separated from his daughters. Days later, when the smoke has cleared, Meg and Sylvie manage to reunite with him. Their home and shop are lost, and what's left among the ashes may be even more threatening than the flames, for they learn that a close friend was murdered the night of the fire--and Stephen has been charged with the crime. After he is committed to the Cook County Insane Asylum, where they cannot visit him, Stephen feels as lost to them as the shop that now lies in rubble.
Though homeless and suddenly unemployed, Meg must not only gather the pieces of her shattered life but prove the truth of what happened that night, before the asylum truly drives her father mad.

The historic Chicago Fire that I have heard about all of my life comes alive in Veiled in Smoke, as author Jocelyn Green describes the blazing inferno, the feelings of desperation as people tried to escape, and the overwhelming efforts to rebuild the city. Green also relates the personal family drama centered around Civil War veteran Stephen Townsend and his two daughters Meg and Sylvie, as they suffer property loss and become separated during their rush to escape. This intriguing story includes an insane asylum, a charge of murder, and the sister's efforts to clear their accused father's name. Reporter Nate Pierce and the nephew of the murdered man also play important roles in the Townsends' story. Will this Civil War veteran be acquitted? Is there a conspiracy to be uncovered? Can the city of Chicago ever fully recover from this horrendous event? 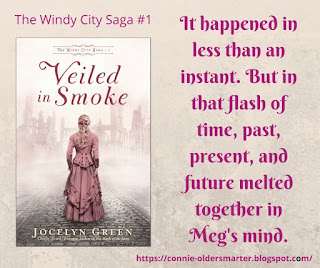 This book is labeled as historical fiction and the historical detail that Green has included is amazing; I appreciate that she shares many of these details in her Author's Notes at the end of this book. It is apparent that she has devoted endless hours to researching the Great Chicago Fire but it is her ability to inject the human element that makes this such a remarkable read. She doesn't just talk about the Chicago Fire that destroyed Chicago in 1871. She made me feel the fear and the helplessness trying to flee the fire, not to mention the hopelessness when it was over. She shines a light on the Civil War that had just ended six years earlier and the scars that were left behind. Stephen Townsend never fully recovered from his experiences in a prison camp and, what people then considered as mental illness, we today recognize as the debilitating condition PTSD (post traumatic stress disorder). She also shows the emotions of two young women devoted to their father and experiencing the uncertainties that life was throwing at them.

If you enjoy historical fiction, sweet romance, a mystery to solve, and a wonderful story of faith and perseverance, you will want to read this book. Veiled in Smoke is a story that you won't soon forget!

I received a complimentary copy of this book from the publisher. I am voluntarily sharing my honest thoughts in this review.

AN INTERVIEW WITH JOCELYN GREEN 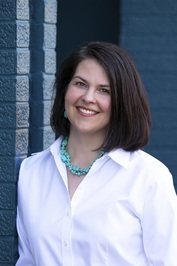 I’m always looking for settings that are rife with conflict and great change, regardless of the century. The Seven Years’ War certainly met that requirement, but I’ve always been fascinated by the Great Chicago Fire, as well. It was an unprecedented disaster that made 100,000 people homeless overnight, which was a third of the city at the time. Writing about the resurrection of both the city and individuals and families after such an event allows me, as an author, to explore themes of resilience, community, and faith in powerful ways.

A lot, and I loved every minute of it. Aside from reading every book and article about the fire and its aftermath I could find, I toured Chicago with a guide who designed a tour based specifically on what I wanted to know and see before I started writing the novel.  On the same trip, I spent time in the Chicago Historical Society’s archives, reading primary source material such as letters, diaries, first person accounts of the fire, etc. Through the wonder of microfilm, I read newspapers published in Chicago during the weeks and months following the fire. An ongoing correspondence with CHS staff after I went home helped me fill in any blanks I had in my manuscript.

Other than the historical research, I also consulted with an art professor, bookstore owner, psychologist specializing in work with combat veterans, surgeon, and physical therapist to help me get other details right in my characters’ personal journeys.

You know what I’m going to say: answering this question is like choosing a favorite between my actual children. But I will say the character who completely stole my heart was Stephen, the patriarch of the family and a veteran of Andersonville. After writing four books set during the Civil War (the Heroines Behind the Lines series) earlier in my fiction-writing career, it was really interesting to me to pick up with a veteran six years after the war ended, and see how he and his family were doing.

In Stephen’s case, they weren’t doing great, and their struggle was gut-wrenching and isolating. By giving Stephen his own scenes, readers get to understand his mind and heart, and inside the Cook County Insane Asylum and its misguided methods treating what they referred to as “Soldier’s Heart.” The symptoms would be in line with what we now call PTSD.

I’m really excited about this series, because we get to watch a family grow through three generations, and see Chicago grow, too. Veiled in Smoke really is a family story, but it focuses more on Meg Townsend, one of the bookshop-owning sisters. Book 2 will be set in Chicago during the World’s Fair of 1893, and it’s the story of Meg’s sister Sylvie, who will be 43 years old when the story begins. Book 3 in the series will pick up with Meg’s adult daughter Olive in 1915, which is when the Eastland Disaster took place in the Chicago River. Each book explores a seminal part of Chicago’s history and how the Townsend family overcomes in the face of change and trials.


Readers will discover that these novels have an element of mystery to them, but they remain firmly in the historical fiction genre. The main priority of the story, as ever, is given to the developing characters and the history-in-the-making around them.
View all my reviews
Posted by Connie Porter Saunders at 2:55 PM