The Rose and the Whip by Jae Hodges: Review & Giveaway with Historical Fiction Virtual Book Tours

ABOUT THE BOOK
THE ROSE AND THE WHIP
BY JAE HODGES

Lidia Wardell walked naked through the Newbury meeting house. She was prosecuted, and publicly whipped for this crime.

This event is common historical knowledge. The Rose and the Whip is set in the Massachusetts Bay Colony in May 1663, but tells the entire story of systematic persecution of dissenters, by dissenters. Lidia relates the story of her life, and the series of events that culminated in her decision to take this action in protest of the Puritan community leaders’ treatment of Quakers. As she is charged, sentenced, and tied to the whipping post, then subsequently thrashed with twenty or thirty lashes, she critically examines each of these events and reflects on how they served to transform her and her perspectives on truth and faith.

MY THOUGHTS.....
This is riveting historical fiction! Author Jae Hodges transported me back to the seventeenth century to witness an event that I wasn't familiar with and I was almost able to feel the agony from the pain of those whips! The Rose and the Whip is told in the first person and Hodges uses both present and past events to share Lidia's life story. The sentence meted out for her decision to walk naked into a Newbury meeting house happens almost immediately, and Lidia learns that she will receive a severe whipping. The details of this whipping are graphically described in chapters such as The First Lash, when she barely feels the sting, and then later, Twenty-one Lashes, when she admits that "I was no longer able to flinch." These chapters alternate with the accounts of Lidia's marriage, the birth of her sons, and the realization that the Quakers were being persecuted for their different beliefs.
The Rose and the Whip is a remarkable story of one woman's courage, strength, and determination and it chronicles the injustice that was present almost 400 years ago in a country famous for its search for religious freedom. As I learned Lidia Wardell's story I was amazed with the irony that the Puritans, who chose to punish the Quakers for their beliefs, were the very same people who had fled England because of their own religious persecution. This is a book that will make you think , and even question, just how much our society has really learned?

I received a copy of this book from the author via Historical Fiction Virtual Book Tours. There was no obligation for a favorable review. These are my own thoughts.
My rating: 4 of 5 stars 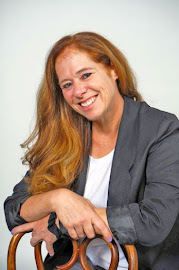 Everyone has a history and a story. Jae uses the most alluring stories from the chronicles of her own ancestry and others around her to create timeless tales of everyday people making history. On her quest to capture the essence of walking in their footsteps, she travels and uses her pencil and camera lens to imagine them in their own surroundings.

Jae lives on the Tennessee River in Alabama with her husband and companion pooch.

During the Blog Tour, we are giving away a copy of The Rose and the Whip by Jae Hodges!  ENTER HERE

– Giveaway ends at 11:59 pm EST on August 20th. You must be 18 or older to enter.
– Paperback giveaway is open to the US only.
– Only one entry per household.
– All giveaway entrants agree to be honest and not cheat the systems; any suspicion of fraud will be decided upon by blog/site owner and the sponsor, and entrants may be disqualified at our discretion.
– The winner has 48 hours to claim prize or a new winner is chosen. 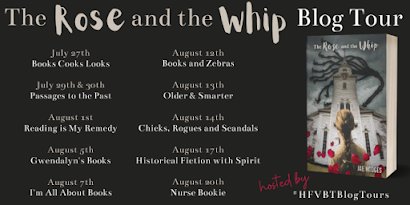 View all my reviews >