The Lady of Galway Manor by Jennifer Deibel

ABOUT THE BOOK
In 1920, Annabeth De Lacy's father is appointed landlord of Galway Parish in Ireland. Bored without all the trappings of the British Court, Annabeth convinces her father to arrange an apprenticeship for her with the Jennings family--descendants of the creator of the famed Claddagh Ring.Stephen Jennings longs to do anything other than run his family's jewelry shop. Having had his heart broken, he no longer believes in love and is weary of peddling the ÒliesÓ the Claddagh Ring promises.Meanwhile, as the war for Irish independence gains strength, many locals resent the De Lacys and decide to take things into their own hands to display their displeasure. As events take a dangerous turn for Annabeth and her family, she and Stephen begin to see that perhaps the "other side" isn't quite as barbaric and uncultured as they'd been led to believe--and that the bonds of friendship, love, and loyalty are only made stronger when put through the refiner's fire.Travel to the Emerald Isle for another poignant and romantic story from the enchanted pen of Jennifer Deibel. 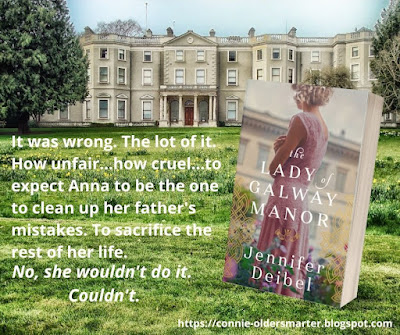 MY THOUGHTS.....
Ireland's fight for independence, the Claddagh ring, and a son wanting to escape from the jewelry business that is his legacy --- are all a part of this riveting story, but there's also the allure of a young British woman who yearns for more than a life of luxury. Annabeth de Lacy is The Lady of Galway Manor and her joy for life and her love for others make it hard for most to resist her. Most, except Stephen Jennings, who believes that the British are overpowering, the legend of the Claddagh ring is a hoax, and there is no guarantee of eternal love. What follows is a journey filled with conflict, loss, and disappointment, but buffered by hope, faith, love, and loyalty.

Author Jennifer Deibel's knowledge of the Emerald Isle and the addition of the Claddagh legacy, along with the heated political atmosphere that was evident in 1920, make this story especially engaging. It is, however, the attraction between the Irish Stephen and the British Annabeth that grabbed my heart. He is certain that undying devotion doesn't exist, and she is equally sure that she's found it in him. The history fan in me loved the historical detail, and my romantic side adored Annabeth and Stephen! I recommend this stunning story to all who enjoy historical Christian romance.

I received a copy of this book from the author and publisher. There was no obligation for a favorable review. These are my own thoughts.
My rating: 5 of 5 stars 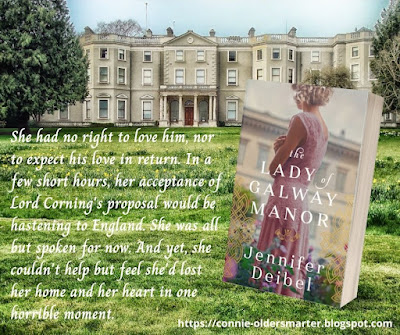 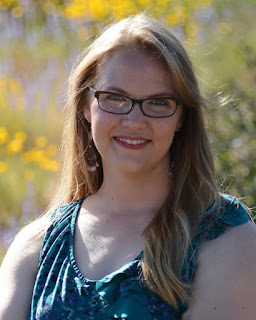 Jennifer Deibel is the author of A Dance in Donegal. With firsthand experience abroad, Jennifer writes stories that help redefine home through the lens of culture, history, and family. After nearly a decade of living in Ireland and Austria, she now lives in Arizona with her husband and their three children.

View all my reviews
Posted by Connie Porter Saunders at 3:26 PM