As Dawn Breaks by Kate Breslin 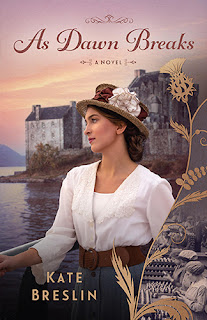 Her daring bid for freedom could be her greatest undoing.

Amid the Great War in 1918 England, munitions worker Rosalind Graham is desperate to escape the arranged marriage being forced on her by her ruthless guardian and instead follow her own course. When the Chilwell factory explodes, killing hundreds of unidentified workers, Rose realizes the world believes she perished in the disaster. Seizing the chance to escape, she risks all and assumes a new identity, taking a supervisory position in Gretna, Scotland, as Miss Tilly Lockhart.

RAF Captain Alex Baird is returning home to Gretna on a secret mission to uncover the saboteur suspected in the Chilwell explosion, as Gretna's factory is likely next. Fearing for his family's safety, he's also haunted by guilt after failing to protect his brother. Alex is surprised to discover a young woman, Miss Lockhart, renting his boyhood room, but the two eventually bond over their mutual affection for his family--until Alex receives orders to surveil her.

Rose squirms beneath Alex's scrutiny while she struggles to gain her workers' respect. But when her deception turns to danger, she and Alex must find a way to put their painful pasts behind them and together try to safeguard the future.

"Readers will be captivated by this exquisite blend of historical intrigue and heartfelt romance from one of the finest voices in inspirational fiction."--AMANDA BARRATT, author of My Dearest Dietrich and The White Rose Resists 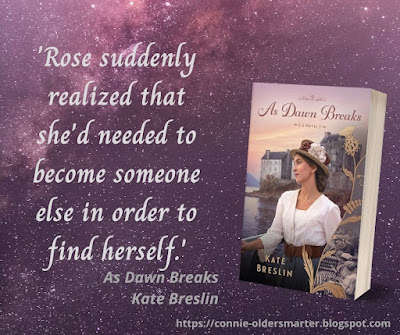 
This is the captivating story of two people facing immense challenges during the Great War. It begins in England in March 1918, and progresses through the next few months, as heroine Rosalind Graham leaves England to assume a new identity in Scotland. It is there that she meets RAF Captain Alex Baird and his family, discovers her strengths and weaknesses, and embarks on the greatest adventure of all...beginning to believe in herself and learning to trust in others!

As Dawn Breaks is a riveting drama that is filled with deep secrets, exciting adventure, and an abundance of historical detail. Author Kate Breslin shares even more facts in her acknowledgement page, and it's apparent that she devoted a lot of time researching this story. I've read several books set during the WWI era, but I wasn't familiar with a munitions factory or the Canary girls who worked there. Canary girls, so named because of their yellowed skin and bleached hair that were the result of working with some of the acids used in making the ammunition. I also enjoyed Scotland as the setting and I loved the powerful faith message that is such a big part of the plot. Rosalind had grown up with hurts, disappointments, and unloving parents, so living with a loving, faith-filled family gave her a new insight into the importance of believing in, and trusting in, God. This is wonderful historical fiction and I recommend it to all who enjoy Christian romance.

I received a copy of this book from the author and Bethany House. There was no obligation for a positive review and this is my opinion. 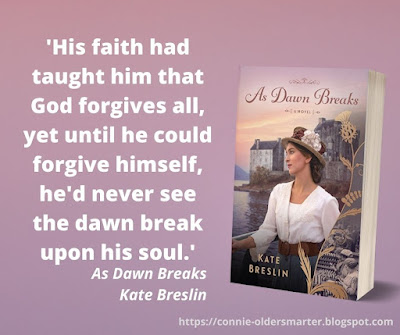 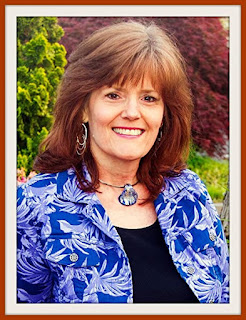 Former bookseller-turned-author Kate Breslin enjoys life in the Pacific Northwest with her husband and family. A writer of travel articles and award-winning poetry, Kate received Christian Retailing's 2015 Best Award for First Time Author and her debut novel, For Such A Time, was shortlisted for both the Christy and RITA awards and received the American Christian Fiction Writer's 2015 Carol Award for Debut Novel. Kate's fourth novel, Far Side of the Sea, released March, 2019. When she's not writing inspirational fiction, Kate enjoys reading or taking long walks in Washington's beautiful woodlands. She also likes traveling to new places, within the U.S. and abroad, having toured Greece, Rome, and much of Western Europe. New destinations make for fresh story ideas.