Isn't this a beautiful cover? I'm thrilled to take part in this Cover Reveal for the paperback version of Rhapsody! Gershwin's Rhapsody in Blue is playing in my head!! 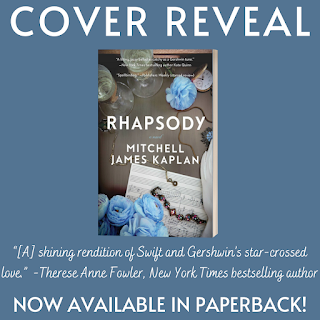 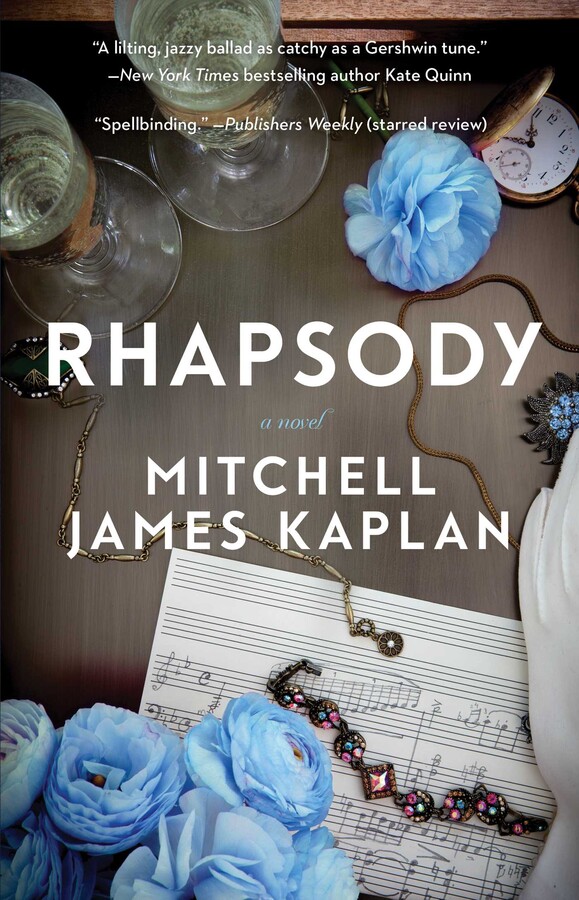 In the vein of the New York Times bestseller Loving Frank, this fascinating and compelling novel “will have you humming, toe-tapping, and singing along with every turn of the page” (Kate Quinn, New York Times bestselling author) as it explores the decade-long relationship between the celebrated composer George Gershwin and gifted musician Katharine “Kay” Swift.

When Katharine “Kay” Swift—the restless but loyal society wife of wealthy banker James Warburg and a serious pianist who longs for recognition—attends a performance of Rhapsody in Blue by a brilliant, elusive young musical genius named George Gershwin, her world is turned upside down. Transfixed, she’s helpless to resist the magnetic pull of George’s talent, charm, and swagger. Their ten-year love affair, complicated by her conflicted loyalty to her husband and the twists and turns of her own musical career, ends only with George’s death from a brain tumor at the age of thirty-eight.

Set in Jazz Age New York City, this stunning work of fiction explores the timeless bond between two brilliant, strong-willed artists. George Gershwin left behind not just a body of work unmatched in popular musical history, but a woman who loved him with all her heart, knowing all the while that he belonged not to her, but to the world.

"Snappy dialogue and lush prose bring the Jazz Age to life as Kaplan takes readers from Harlem rent parties to the stage lights of Broadway... A sumptuous fictional account of a complex real-life romance, this book will stick in readers' heads like the melody of a favorite ballad."– Booklist

"RHAPSODY does it all. The novel flows as lyrically through Kaplan’s prose as the wail of the saxophones and crescendos of Gershwin’s keyboards. You can almost hear the taxi horns and clopping hooves of carriage horses in Central Park through his words as you imagine riding down Park Avenue past the towering edifices of lush mansions. As Kay becomes so absorbed in her performing as to be swept away from her audience, I read this book under that same captivation as minutes flowed into hours. Only my noisy team of hungry terriers could break my concentration."– Bookreporter.com

"Kaplan’s sweeping novel, spanning the years 1917 to 1937, portrays the life of Kay Swift, one of Broadway’s first female composers, extracting her from the shadow of her colleague and lover, George Gershwin... The history is engrossing... Kaplan’s propulsive style imparts a momentum of its own...The many disquisitions, on topics as varied as the underpinnings of American anti-Semitism to the misappropriation of Black culture by well-intentioned Whites, are interesting and important... Our verdict: Get it."- Kirkus

“A complex and involving story… It is difficult to imagine living a more incredible first half of a life than Swift’s, and Mitchell James Kaplan’s prose luxuriates in depicting her surprising and wildly artistic world.” - Pittsburgh Post-Gazette

"Kaplan’s well-researched and well-crafted historical novel recreates the 1920s and ’30s, telling a mesmerizing story that examines their individual and intersecting lives. He explores why, for Gershwin and Swift, 'ordinary results' were not enough." - Yale Alumni Magazine

“Kaplan’s vivid prose and empathetic characterization shines a spotlight on this remarkable woman who contributed so much to American music.”—Melanie Benjamin, New York Times bestselling author of The Swans of Fifth Avenue and Mistress of the Ritz

“A luminous journey through the jazz age in fast-paced New York City... I was utterly swept away.”—Stephanie Cowell, American Book Award–winning author of Claude and Camille and The Physician of London

“We all know Gershwin, but how many know he was ‘the man behind the woman,’ the conflicted, extraordinary Katharine ‘Kay’ Swift? Mitchell James Kaplan illuminates her in Rhapsody, bringing his impressive knowledge of history, composition, and the heart’s whims to bear on this shining rendition of Swift and Gershwin’s star-crossed love.”—Therese Anne Fowler, New York Times bestselling author of Z and A Good Neighborhood

“Mitchell James Kaplan’s Rhapsody shines a blazing light on the celebrated George Gershwin, uncovering the man behind the legend through the story of the woman he loved, Kay Swift, a brilliant musician caught in the swiftly moving mores of New York’s Jazz Age. Rich with history and packed with intricate detail, Rhapsody soars.”—Randy Susan Meyers, bestselling author of The Widow of Wall Street and Waisted

“Mitchell James Kaplan pens a lilting, jazzy ballad as catchy as a Gershwin tune, bringing to vibrant life the complicated relationship between classically trained composer Kay Swift and freewheeling star George Gershwin. Their musical bond is as powerful as their passion, and jazz-soaked, gin-drenched Broadway is their playground through the tumultuous years of the Great War and Prohibition. Rhapsody will have you humming, toe-tapping, and singing along with every turn of the page.”—Kate Quinn, New York Times bestselling author of The Alice Network and The Huntress 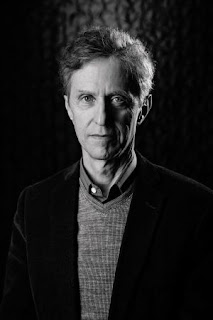 Mitchell James Kaplan graduated with honors from Yale University, where he won the Paine Memorial Prize for Best Long-Form Senior Essay submitted to the English Department. His first mentor was the author William Styron.

He lives in the Blue Ridge Mountains of Virginia with his family and two cats.